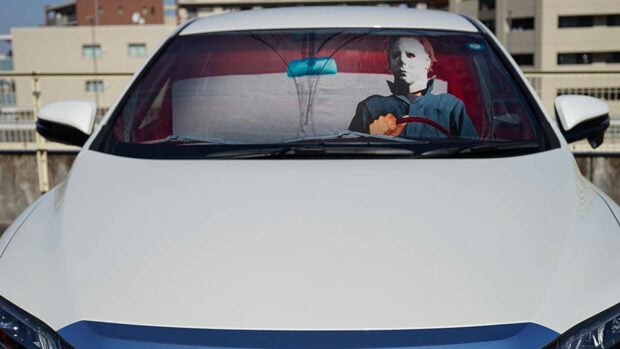 Michael Myers: hands down one of the most iconic and best slasher film antagonists of all time. And what better way to let others know you’re deep in the Halloween spirit than with this Michael Myers car sunshade? Available on Amazon (affiliate link), I can already imagine the appreciation in fellow slasher film fanatic’s eyes when they spot my sunshade in the Target parking lot. 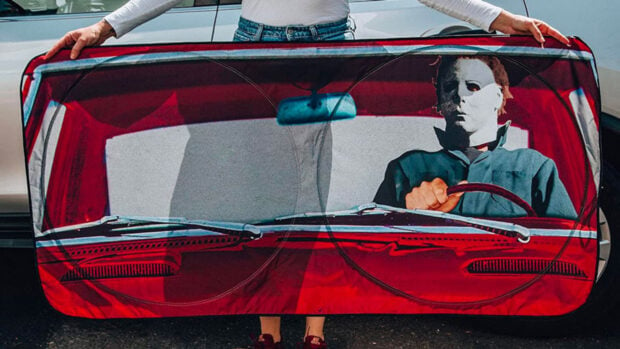 Is adding a little fake blood splatter to the hood of my car going too far? My wife says yes, but she also doesn’t get into the Halloween spirit as much as I do – and isn’t nearly as used to having the police called. Personally, I’m a firm believer that if the police don’t pay you a visit due to your Halloween decorations at least once a year, you’re doing it wrong. 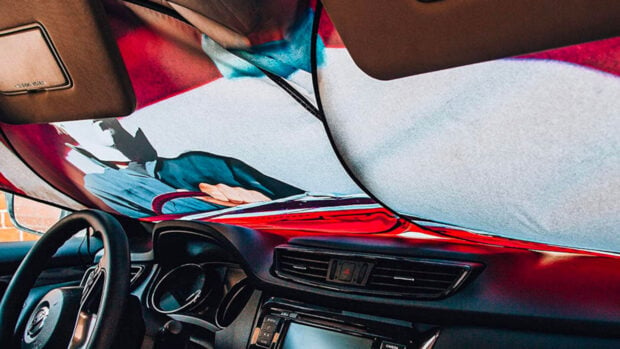 But the question remains: how can I drive with the sunshade in place? Maybe if I cut eye holes in the mask’s eyes and tried to peek through them? It sounds dangerous, but I’m willing to give it a go. You know, I’d stay off the streets between now and Halloween if I were you or anybody else.