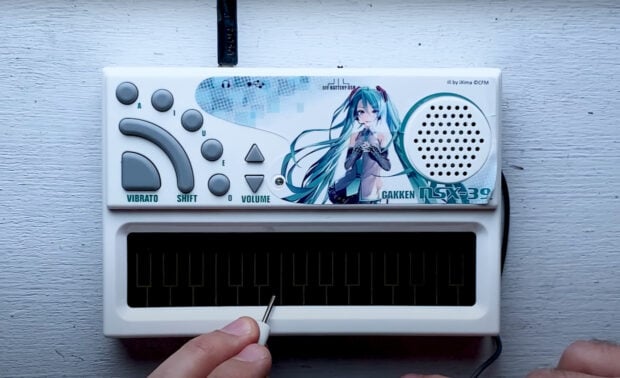 The Pocket Miku is a tiny synthesizer that turns its key presses (or audio input) into Hatsune Miku’s voice. For those of you unfamiliar, Miku is a Vocaloid software voicebank created by Crypton Future Media and its official anthropomorphic mascot, a Japanese idol with long, turquoise hair. And now I can make songs with her! I guess I can go ahead and add Music Producer to my résumé. 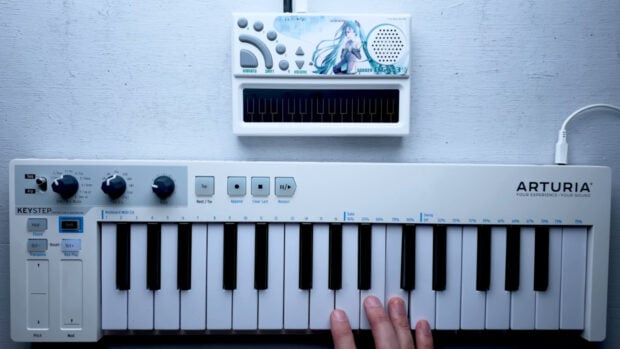 In the video below, YouTuber David Hilowitz Music actually does a fantastic job using the synthesizer to create a song with Miku on vocals. I probably don’t have the necessary musical talent to do the same and suspect my song would end up sounding like Miku yelling for me to take her batteries out.

If you’re seriously interested, some Pocket Mikus are available on eBay, but they’re going for around $400, so I guess you’ll have to be SERIOUSLY interested to buy one. Me? I’m not really that serious about anything besides what’s for dessert. I’m hoping for a berry crumble with ice cream!