Classic arcade games are coming fast and furious on Xbox Live Marketplace, and this week’s release is Namco’s classic Pac-Man. 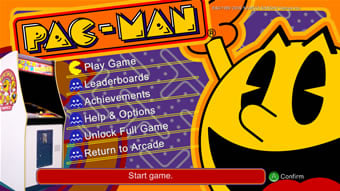 The Xbox 360 version features more than 250 levels, improved graphics, new music and sound effects. As is the norm these days, the game also supports leaderboards and achievements.