Unless you’re as ancient as me, you might not remember the earliest LED watches from back in the 1970s. Now you can own a remake of one of the most clean, minimal LED timepieces from that era. 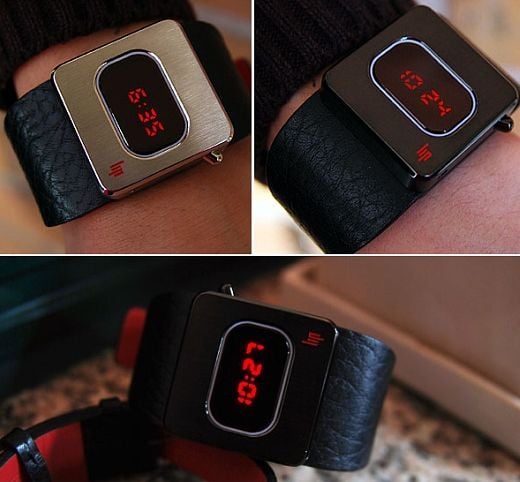 Designed by renowned space-age designer Roger Tallon, the classic Diode watch was originally released back in 1975 by legendary French watchmaker LIP. Now you can pick up a modern revamp of the original 7-segment LED watch, built with all new parts, but a dead ringer for the original.

Watchismo offers the LIP Diode in several revamped styles including the classic red display pictured, as well as in green and orange displays too. All models retail for $289.