As anticipated, Apple today took the lid off the iPhone 3G, the latest and greatest models in the iPhone series. Highlights of the new phones include high speed wireless data capabilities, a built-in GPS system, and a substantial price cut. 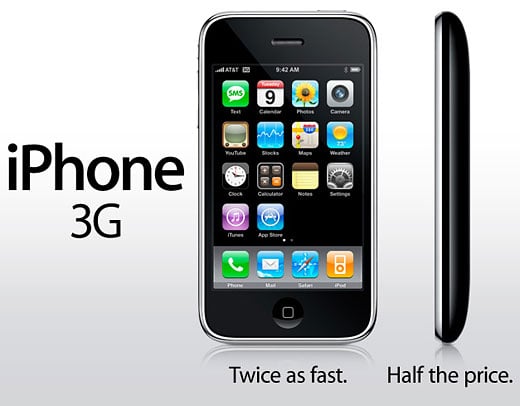 The iPhone 3G looks very much like the original iPhone, with a slight modification to the case (a little more tapered and just a fraction of an inch thicker), and will come with either a white or black plastic back (instead of the more substantial brushed aluminum of the v1.0 iPhones). Under the hood, the 3G models support both HSDPA and UMTS high-speed internet connectivity, which transfers data about 2x quicker than the pokey EDGE network of the original models – a welcome upgrade. 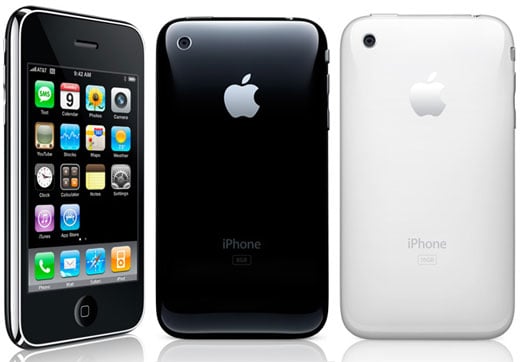 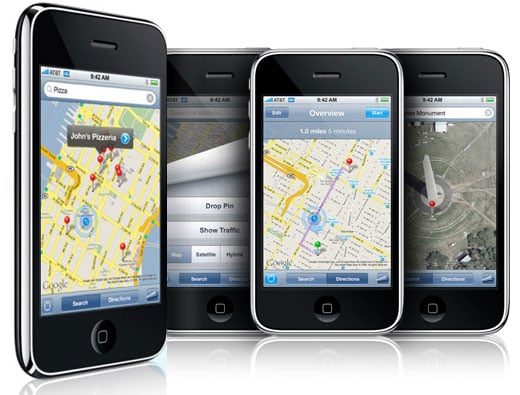 The new models will support the much-anticipated iPhone AppStore, which will open the door to tons of downloadable applications. One cool thing announced was the fact that the store will support downloads via both phone networks (files <10MB), and Wi-Fi (files >10MB), so you won’t have to sync up to iTunes to grab new software. If you happen to own an original iPhone, the AppStore will be available for free as part of the iPhone v2.0 software update,  while iPod Touch users get the proverbial short end of the stick with a $9.99 charge for the update. The update also adds Exchange support, contact search, improved e-mail management, among other things. 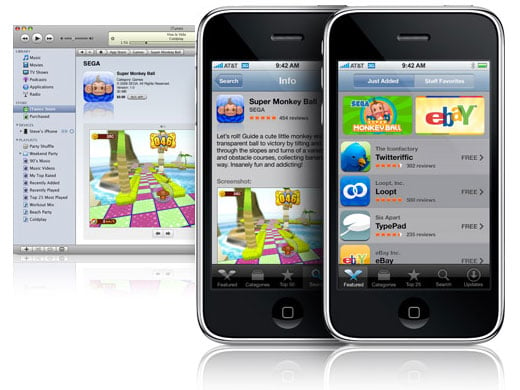 Contrary to popular belief, the iPhone 3G did not start shipping today, but will be in stores around much of the globe on July 11th, 2008. The 8GB model will retail for $199, while the 16GB model will sell for $299. Current models (if you can find ’em) retail for $399 and $499, respectively, so these represent a 50% price cut, even though the new phones have more features.

No date was confirmed for the V2.0 software upgrade for current owners, but I wouldn’t doubt it hits day-and-date with the new phones in July. As with the original iPhone launch, you’ll need to head over to an Apple or AT&T Store to get your hands on one when they hit the streets.