This new media player from Korea has a unique design punctuated by a bright red LED eye on its face. Why? I don’t know. Maybe so bloggers like me would write about it rather than ignore it amongst the vast sea of PMPs out there. 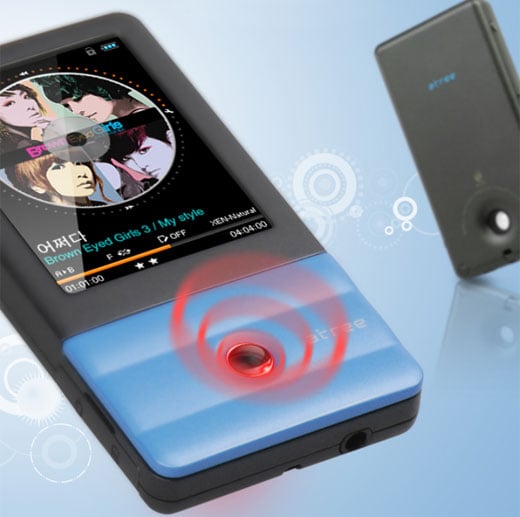 At the center of its colorful face plate, the Atree J2 media player has a dome-shaped controller called the “Red Eye” that you use to navigate the system’s menu system. But don’t get your hopes up that it’s as deft as the iPod’s scroll wheel. You actually move around the menus by clicking up, down, left and right on the flat plastic surface around the red eye – or clicking right in the middle to activate your selection.

In addition to playing audio files in MP3, WMA, WAV, OGG, APE and FLAC formats, the video playback can handle AVI, MPEG4 and WMV formats at a solid 30fps. The screen has a bright TFT 320 x 240 display and is designed to play video in landscape mode for the optimal viewing experience. 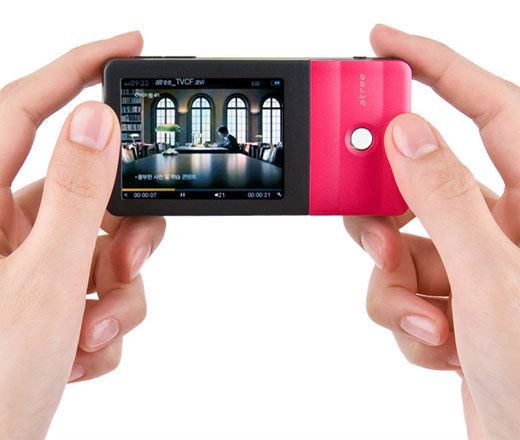 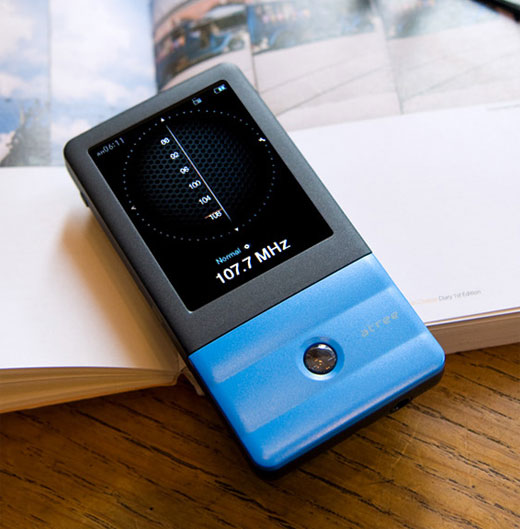 Perfect for listening to movies through headphones, the J2 has a 5.1 virtual surround sound mode. There’s even an FM tuner for listening to radio broadcasts, and a handy Korean-to-English dictionary app. But my favorite feature is the Adobe Flash Lite 3.04 implementation that lets you play a wide variety of SWF format games on the portable’s screen. 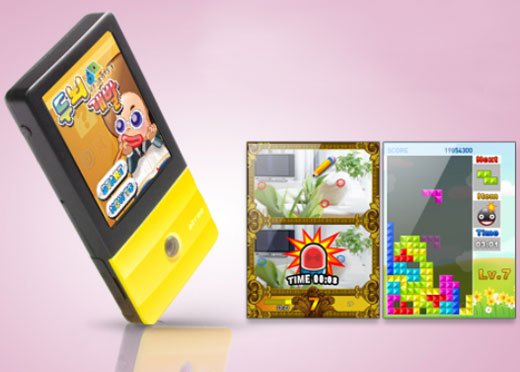