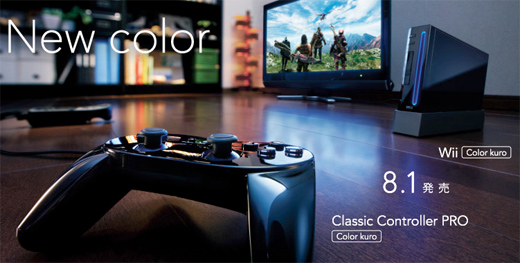 The new DSi is decked out in red, which is nice, but not a patch on this sexy black Wii. 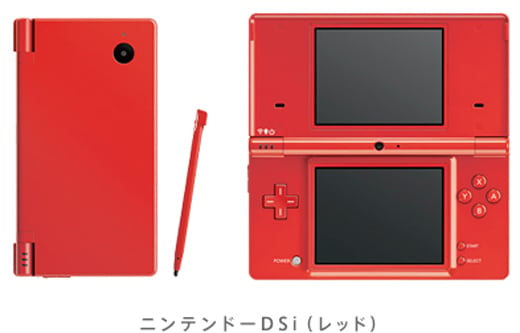 While the matte surface is much more practical for a handheld, it just isn’t as slick as the shine on that Wii. Of course, they never look like that in my house. Five minutes here and it’s probably been colored on by sticky little hands.

No announcements yet for release of these colors outside of Japan, but it’s likely they, or other shades, will soon make the leap.