We already featured Jon Jandran aka Hailrazer’s awesome Dreamcast portable mod, the dreamtrooper. He originally wanted to paint the dreamtrooper’s case black and call it the DarthCast, but he decided to stick with the original console’s white color. But he also ended up stuffing a Nintendo 64 into a Lazer Doodle – a gadget that I have never heard of until now btw – and this time painting the case black made much more sense. 60 hours, One Lazer Doodle case, a Horii Nintendo 64 controller, a PSOne controller, a PSOne LCD screen and of course one whole Nintendo 64 later, Hailrazer finally had his Vader-themed portable console: the Darth64. 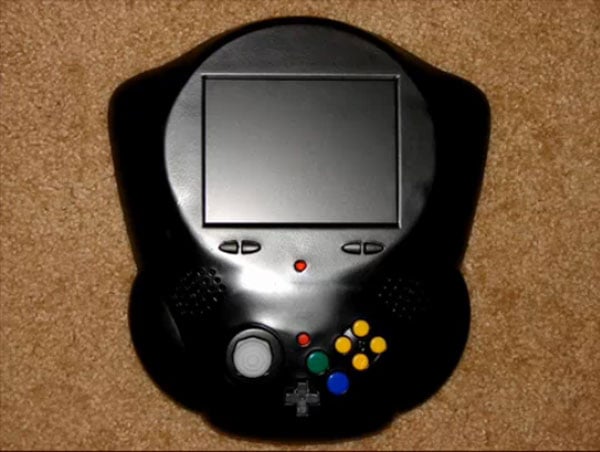 It really does look like an upside down Vader helmet. I think Hailrazer should have called it NintenDarth64, but what the hell, it’s an awesome and highly polished mod. He can call it whatever he wants. The system also packs a couple of 5000 mAh rechargeable batteries good for about 3 hours.

The Evil Emperor Hailrazer sure sounds a lot like Jack McBrayer. “Everybody knows plumbers can swim. Especially fat little plumbers.” I don’t know why, but that cracked me up.

[via i am handheld]