Gyromancer Puzzle Rpg is Here to Steal Your Days Away

Move over, Puzzle Quest. You had a good run with the whole jewel-matching RPG hybrid, but the big boys have come to steal your throne… and rock our faces off. Gyromancer may be a little late (the Puzzle Quest folks already moved on to sci-fi), but it really doesn’t matter when this boat arrives. We already know it’s gonna be the best boat ever. 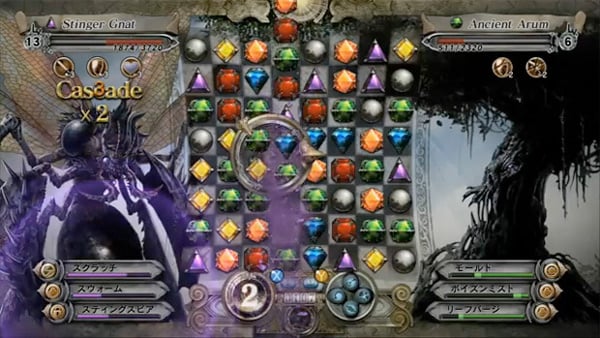 Gyromancer is the brainchild of Square Enix and PopCap, the makers of Bejeweled, the game that kick-started our universal matching addiction. The two companies have combined to produce a beautiful puzzle-RPG that will very likely give me the arthritis in my Xbox hand(s). The best part? I’ll be suffering for a mere 1200 Microsoft points ($15 for you PC people).

Here’s a video, but be warned: if you watch this, all those holiday plans may just poof right into thin air as you find yourself racing to get your hands on this bad boy. Sometimes, downloadable games can just be a little too convenient.