Last year, students and faculty at Cornell University built a robot called Ranger that walked around a track and set a distance record for miles with no battery change or charging. That record was 14.3-miles. This year the students redesigned some things on the bot and tried it out again. 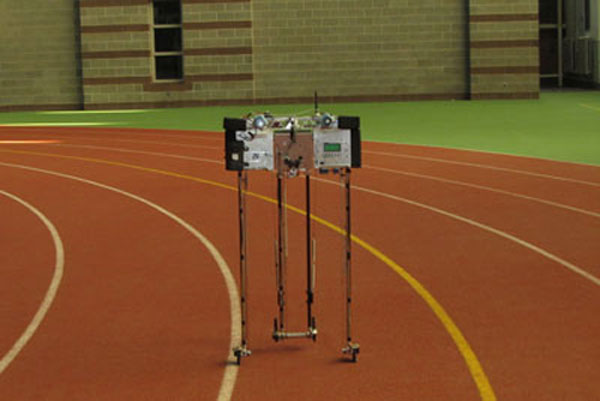 The new Ranger was able to walk a total of 40.5-miles on a single battery charge. Ranger started walking at Cornell’s Barton Hall at around 2 p.m. on May 1 and the battery went dead about 9 p.m. on May 2 for a total walk of 30 hours, 49 minutes, and 2 seconds non-stop. Ranger made a total of 307.75 laps around the track at about 1.3 mph.

Students and faculty had to work in shifts to walk around the track with Ranger to steer it around the corners. One key to making the battery last so much longer was the low power electronics that needed only 4.7W to operate.