Your Friendly Neighborhood Save the Date

Redditor jwc1138 came up with an astonishing save the date for his wedding, using his spectacular drawing skills to integrate his and his fiancé’s face into the cover of a Spider-Man comic. Short of wearing a Spidey costume to the wedding, I think it’s the ultimate display of geekiness from an amazing comic book fan. 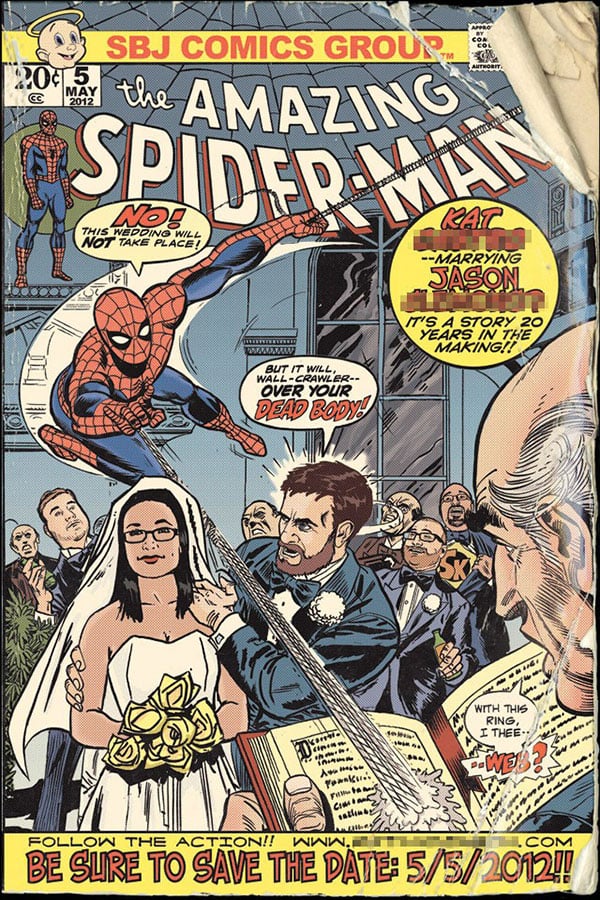 The art is based on the cover of the Amazing Spider-man #131, drawn by Gil Kane and inked by Frank Giacola. It featured a sensational plot which saw Doc Ock marrying Aunt May. 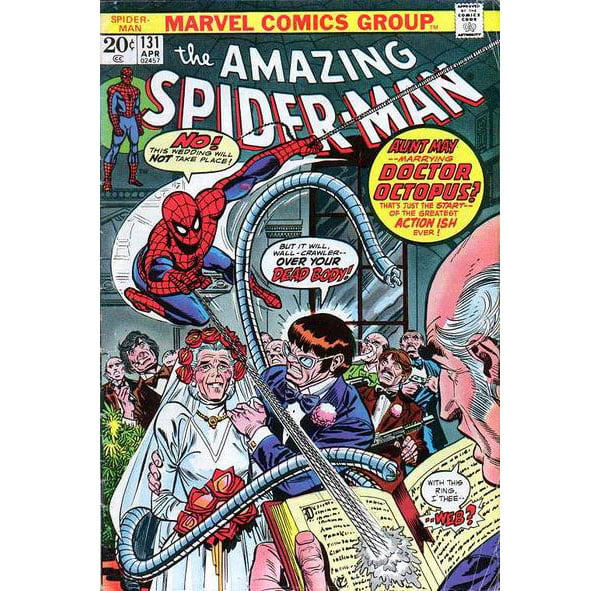 But that’s not all there is to this heretofore untold tale. Jwc1138 – okay this is silly, I’m calling him Jason. A couple of days ago, Jason found himself in the middle of a clone saga. His fan art was already up on Reddit, except his fiancé wasn’t the one who shared it, as the post claims. Wanting to resolve this tangled web of deception, he immediately warned the Internet and as proof, shared how the art came to be. Jason looked for the original art of the cover and had it scanned: 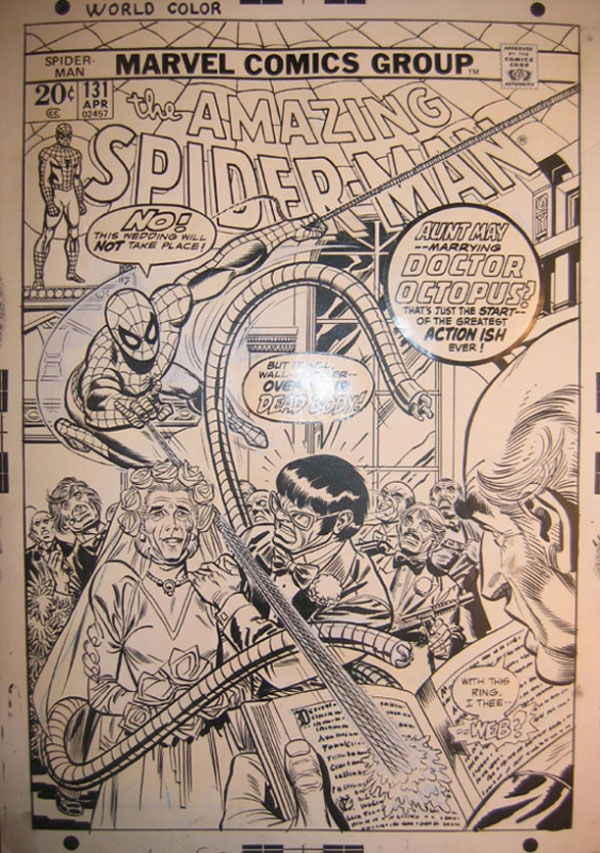 He also shared the picture below as further evidence, showing how he drew in his fianceé, himself as well as his groomsmen, thus avenging his loss to the mysterious impostor. Jason left ol’ Spidey in the save the date of course. I wouldn’t mind having him interrupt my wedding either. On second thought I would. 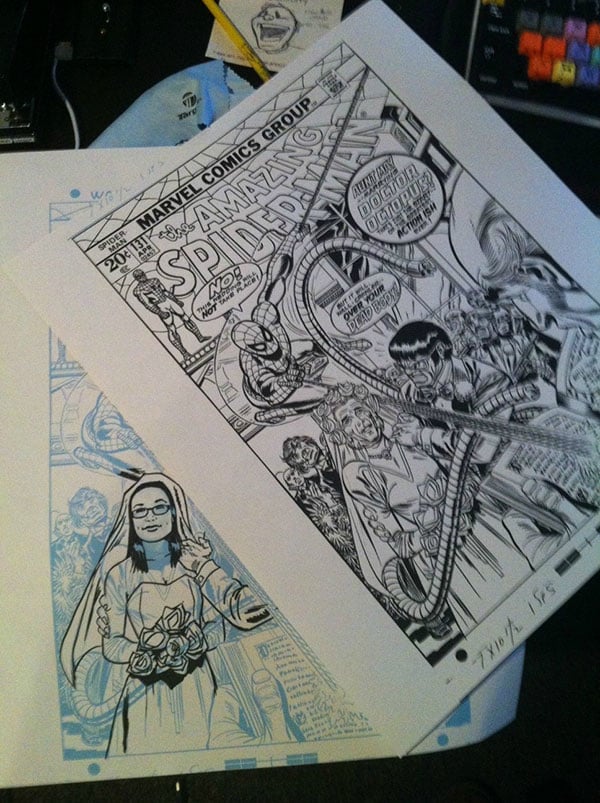 Great work Jason! May you get unlimited karma.