I can not wait until the next Batman movie. At least we have Arkham City to tide us over until 2012, when we can finally see The Dark Knight Rises. As an added treat we also now have this custom Arkham City Xbox 360 console to drool over. 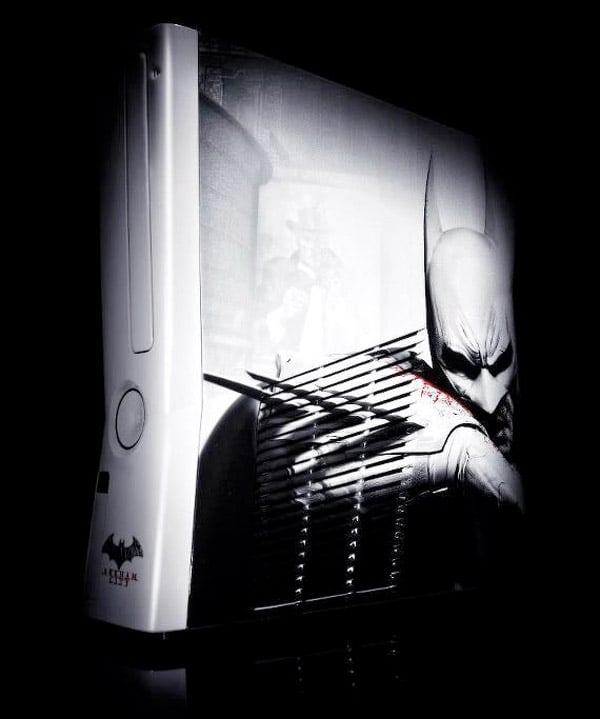 The artwork on this one is awesome. Batman isn’t fooling around. In fact, he looks downright pissed off. The front side shows the game’s logo. On the opposite side, the Joker can be seen looking downright evil. Not that we’ve ever seen him look like anything else. 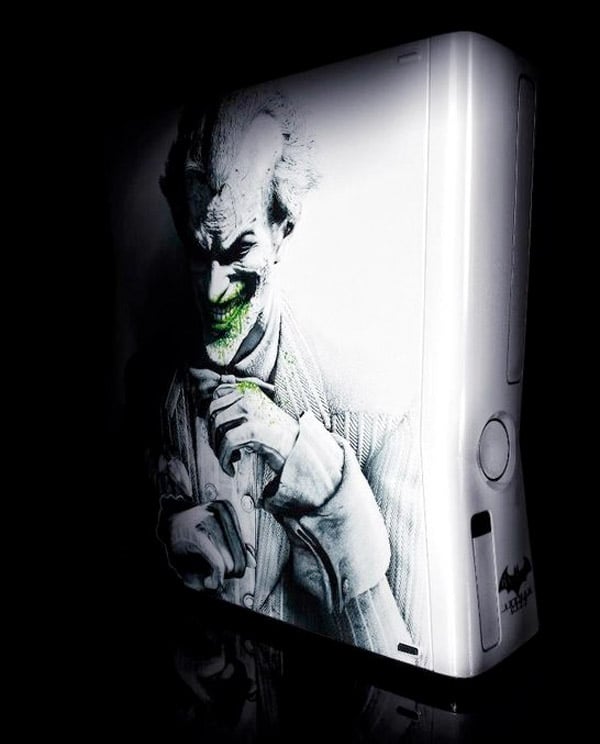 Want this Xbox 360 Batman: Arkham City console for your very own? Well one was auctioned off at last weekend’s PAX show in Seattle, so you missed that one. The other way to get one is to keep an eye out for an upcoming giveaway on the Xbox Facebook page. Good luck.