Ah, insect drones. They’ve been used so much in movies and televisions shows that it was bound to become a reality someday. I remember this particular scene in that old Richie Rich movie (the one where Macaulay Culkin played Richie), when Professor Kean Bean was showing off his latest invention to Richie: a gold flying bug that was equipped with a camera. 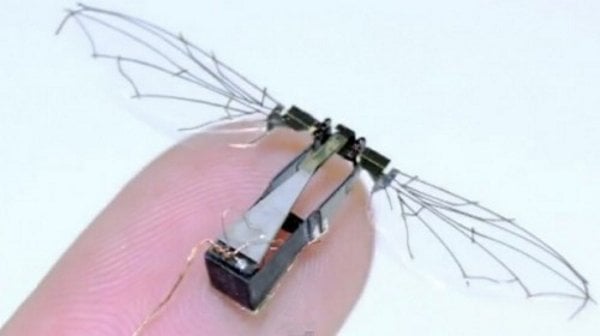 So remember when I said that such inventions would soon make their way in real life? Well, ladies and gentlemen, that time is now. The researchers at the Micro-Aviary at Wright-Patterson Air Force Base have been hard at work at fitting walls with super-sensitive motion capture sensors that will be able to track the position of a helicopter or small plane “within about a tenth of an inch.” Talk about precise.

The information from the sensors are then used to create “very, very small flapping-wing vehicles,” says Greg Parker, who’s a part of the research team.

There have been no officially released images or photos of the insect drones, although I doubt the military will be making them available anytime soon as they’re bound to be classified stuff.