Engineer/consultant/card shark Harry Mylonadis has given the classic trump card game a geeky refresh. His new project CPU Wars pits 30 of the most significant computer processors in a battle of numbers, a game which PC enthusiasts already play with real computer components. 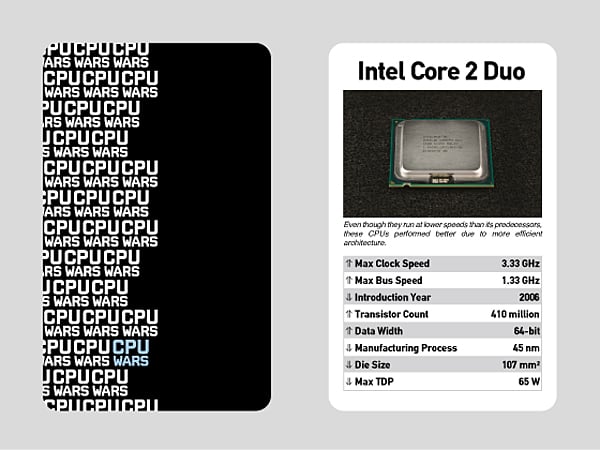 In case you’re not familiar with the card game, the rules are simple. Each card comes with a set of stats. The trump cards that I grew up with mostly featured airplanes, vehicles or artillery; CPU Wars trades wingspan, horsepower and caliber with stats like clock speed and max TDP. 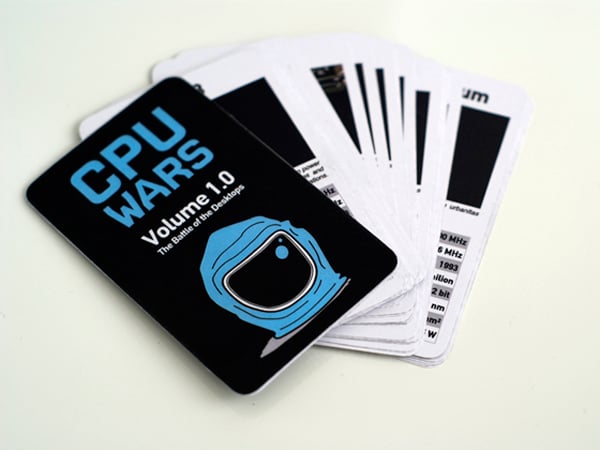 To play the game, each player (up to 6 players can play the game) is dealt a random hand and takes turns naming a stat and whether the contest for that turn will be higher or lower, e.g. higher Max Clock Speed wins. The person with the highest/lowest stat wins and gets the cards of the losers. You lose when you have no more cards. Decks also usually have one “Super Trump”, a card with very strong stats and therefore guarantees a win. Of course, you’re free to make up your own rules if you wish. But my rules trump yours.

You can pre-order a deck of CPU Wars at Kickstarter for $15(USD). I wonder why Mylonadis didn’t start out with graphics cards. That would’ve been a more appropriate fit.