I think electric vehicles are interesting enough, but they have a lot of practical limitations that keep most drivers from considering them. Probably the biggest issues are driving range and the time it takes to charge the batteries. Faster battery charging and higher capacity batteries are one way to get around this particular limitation. However, what may be the best way to get people buying an EV is to develop a system that charges the vehicle as it drives down the road.

A group of Japanese researchers are showing off a system that has the potential to do just that. The researchers have invented a wireless charging system that is able to transmit electricity from a charging plate under 4 inches of concrete directly through the tires of the car and into the vehicle batteries. 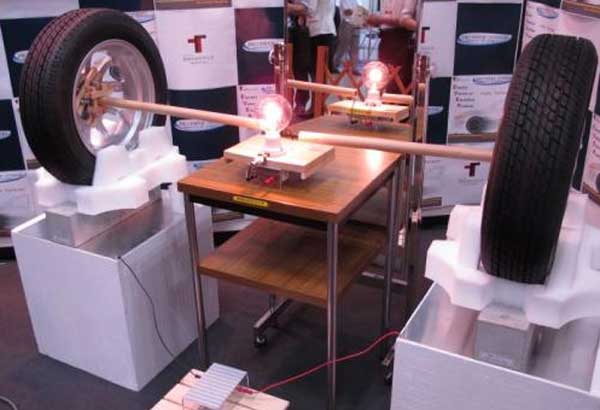 In the demonstration, the researchers are transmitting enough power through concrete blocks and into the car’s tires to make a light bulb glow. Naturally, we would need an infrastructure that had charging plates under the nation’s roadways to make this work, but not having to stop to charge your car would certainly make owning and driving an EV a more appealing proposition.