A long long time ago in a neighborhood far far away… This Darth Vader mailbox, complete with lightsaber flag is all about receiving mail addressed to the Dark Side. 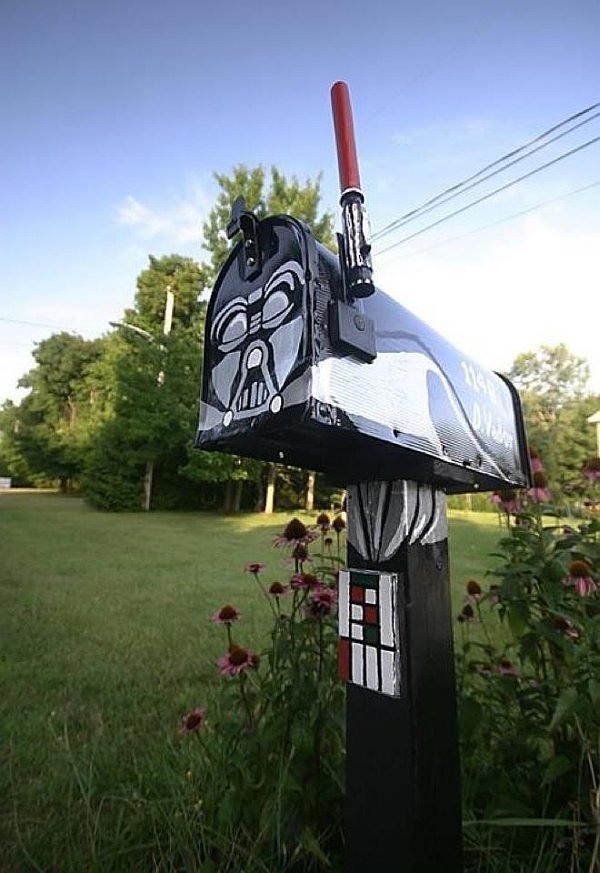 It was made by a friend of a friend of a Geeks are Sexy writer who took an old mailbox and some paint and proceeded to create the ultimate power in the postal universe. I like the added touch of the lightsaber on the side and Vader’s chest buttons on the post. I always wondered what would happen if you pushed some of those buttons.

Now if the guy across the street just creates a Luke Skywalker mailbox, the pair can be locked in a permanent duel. Via snail mail of course. It’s an epic battle of words that will span centuries. Well, that’s what I would do if I lived there.