In this world of Star Wars inspired gadgets, sometimes the same device gets rehashed. Yes, we’ve seen an R2-D2 alarm clock before, but that model simply projected the time on the ceiling. This new one actually has movements and sounds like the little droid when it wakes you. 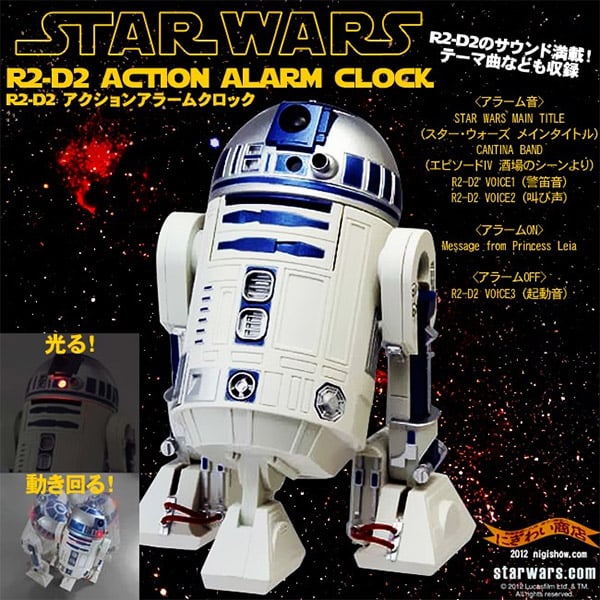 A recent import from Japan, this R2-D2 Action Alarm clock is a precisely-detailed model of R2 (other than the part where there’s an LCD clock hiding out in his chest.) What’s cool about this droid is that you can set him on the floor, and he’ll drive around when the alarm goes off. His head even lights up, and the alarm sounds are based on samples from the films. Just be sure not to step on the 6.5 inch-tall droid on the way to the bathroom in the middle of the night. 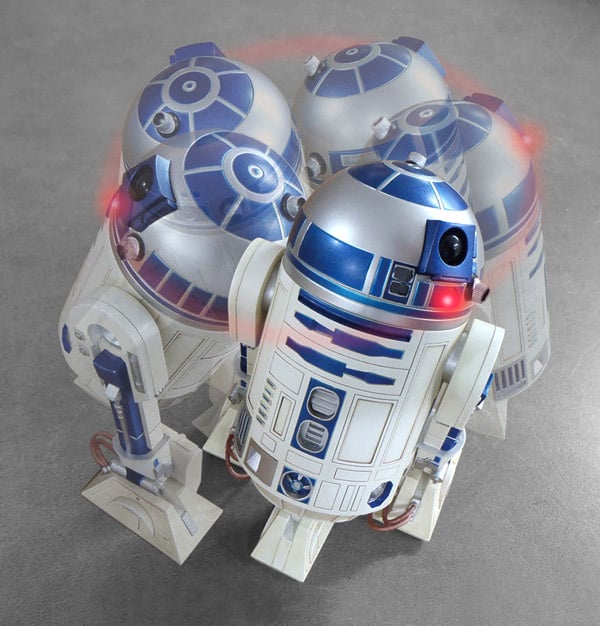 You can choose wake-up sounds from Princess Leia’s “Help me Obi Wan Kenobi” message, several R2-D2 beeps and bleeps, as well as the main title music from Star Wars and Cantina Band if you feel like dancing first thing in the morning. Sorry, no Yub Nub, though. 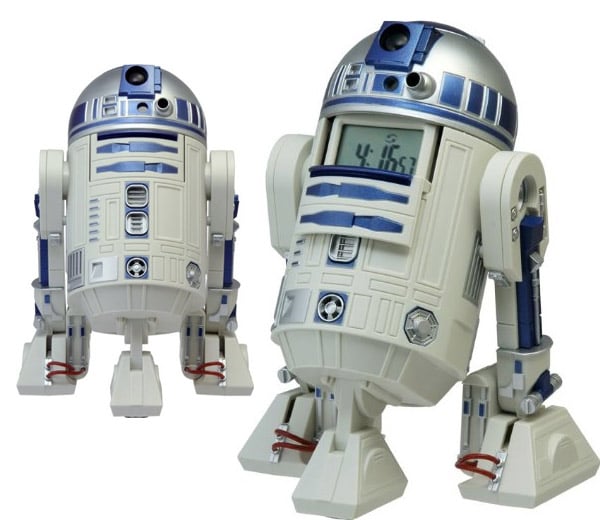 So scoot on over to Strapya World now, where you can grab the R2-D2 Action Alarm Clock for about $100(USD).