This isn’t the first Legend of Zelda ring that someone used to seal the deal, and it probably won’t be the last. This particular one was created by Paul Michael Design and features three special stones set in the middle, forming the Triforce. 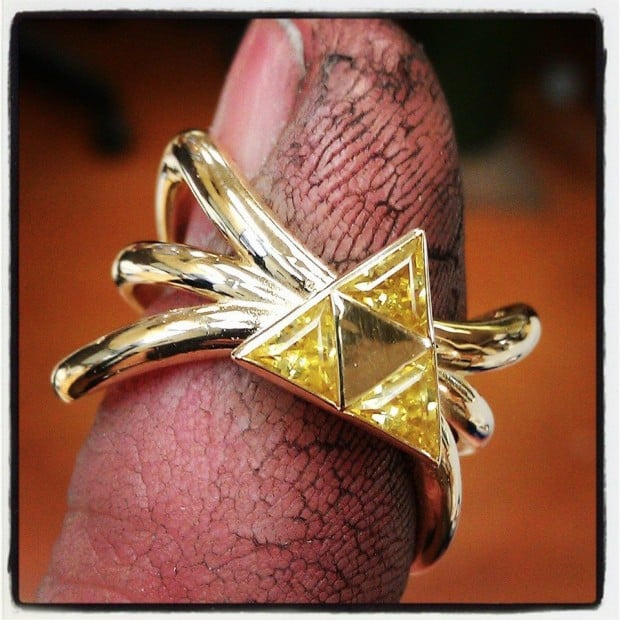 Three bands seemingly emerge from the middle of it, snaking around its wearer’s finger as a symbol of eternal love. But that’s just my interpretation.

On a side note, I wonder if the person who’s holding the ring intentionally muddied his finger before the photo was taken. Was he trying to channel Link, who we presume has dirty digits because of all the stuff he has to do in order to save Zelda? Nope. It’s just proof that the jeweler works hard to create such awesome stuff.

[via Fashionably Geek via Geekologie]