Skee Ball machines are a lot of fun. There is something just so satisfying in the act of rolling a ball and watching it bounce into a target. I played as much Skee Ball as I could when I was a kid. Everytime we went to an amusement park I spent the whole day playing. Good times. 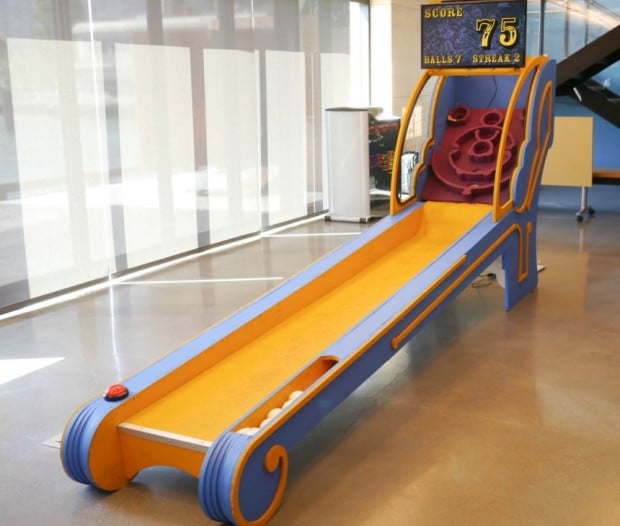 So it’s no wonder that I love this project from instructables user fungus amungus. He loves Skee Ball as much as I do, so he jumped at the chance to make a DIY version. He had some help from the folks at Because We Can who did the design and fabrication of the machine on a Shopbot CNC machine.

It is made almost completely out of plywood. The score board is triggered by a bunch of optical sensors and controlled by an Arduino. He set it up to score more like an arcade game rather than your typical Skee Ball game. The top score so far is 7,777. With that sort of score, you’d think he’d have enough tickets to get the biggest stuffed bear behind the counter.