Fujifilm has begun to tease a new X-mount digital camera that will launch at the end of this month. The exact name of the camera is unknown, but what we do know is that it will be an interchangeable lens camera using Fuji’s popular X-mount. No specs are offered in the teaser shot. The official launch of the camera is January 28. 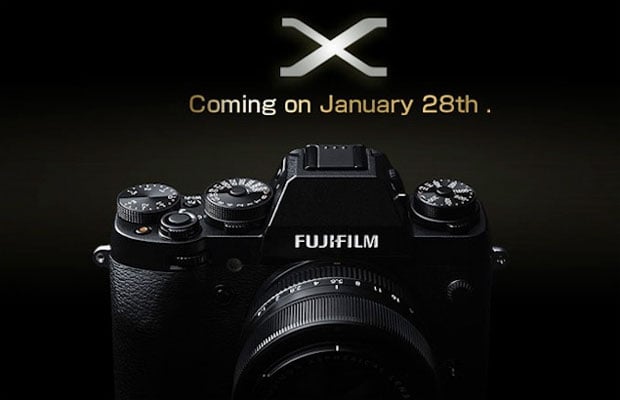 What we can see is that the camera has three knobs for manually controlling the camera. The camera gets an ISO dial to complement the other controls carried over for the X-Pro1. Rumors suggest that the camera will have a large EVF sensor. According to rumors, it will also have an APS-C X-Trans sensor II rated at 16MP.

The camera is tipped to store images to a UHS-II SD card and shoot images at 8 fps bursts. Other rumored specs include a tilting screen, additional battery grip, fast AF, and more. No price details have surfaced as of yet, but we only need to wait a week to find out the full details.