Put a Giant Xbox 360 Controller on Your Wall

Looking for something to decorate your game room wall with? How about an Xbox 360 controller that’s bigger than your head? 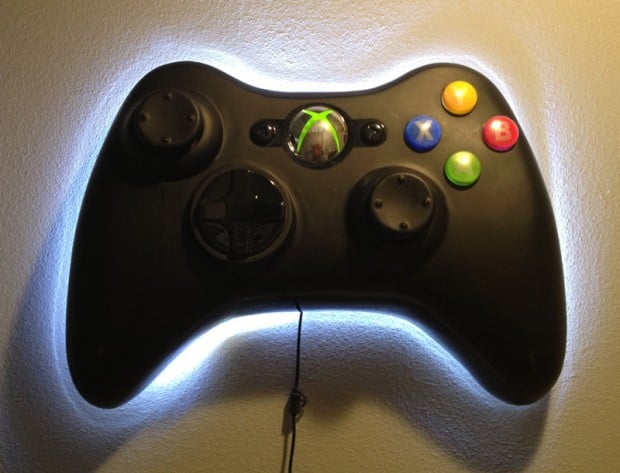 Each one is backlit with remote-controlled LEDs so you can us it as an accent light too. They’re made from heavy-gauge plastic using vacuuforming, with the buttons assembled separately. Each piece is hand-painted to give it a great, finished look.

If you’re interested in hanging one on your wall, head on over to Kickstarter and pledge before March 12, 2014. A pledge of at least $144 will get you in on the giant controller action.

Just don’t expect to play any actual games with this thing.