Devil’s Bluff: Like Clue Where the Murderer Actually Gets to Murder

One of the most annoying parts of playing Clue, for me, was to discover that in order to win I had to turn myself in. Also, why didn’t I know that I was the murderer? It makes no sense. I should have been solving my predicament by murdering all the people who are close to figuring me out. In Devil’s Bluff, that’s exactly what you get to do… WHILE WEARING A LUCHADOR COSTUME. 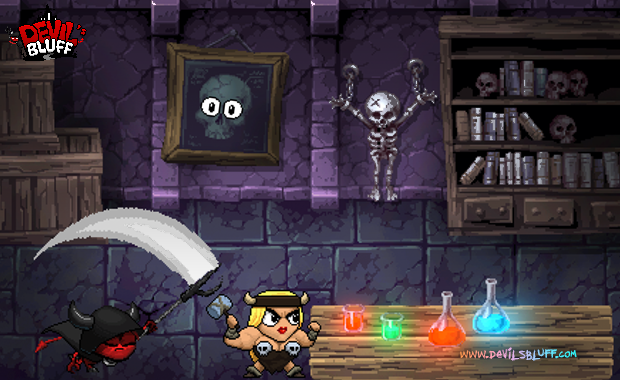 The online game stars ten friends who are enjoying their yearly costume party at a spooooOOOOoooky mansion when someone turns up rather murdered. That doesn’t usually happen, and a note from the murderer gets them all working on a scavenger hunt. The players need to form alliances, but that could be a serious problem, given that one of the players is actually the devil, hell bent on murdering everybody.

Meanwhile, the mansion is filled with secret passageways, peep holes, trap doors, sliding staircases, deathtraps, and hiding places that the players can use to their advantage. The devil can see all of these, but the survivors will have to discover them. 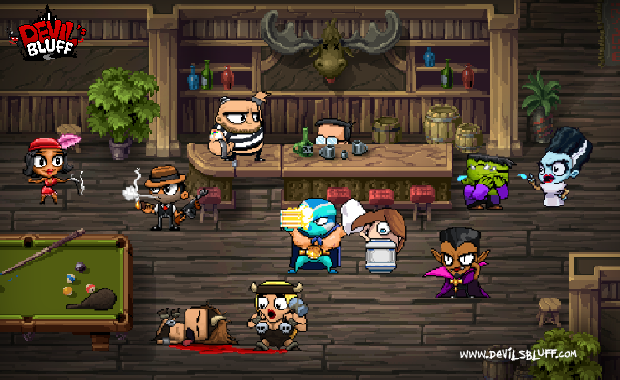 I think this sounds like great fun, so go spend money on Kickstarter; early birds get the game for $10(USD), and everybody else only has to spend $15. For now, the devs are only promising the game for Windows, Mac, and Linux, but PS4, PS Vita, Xbox One, Wii U, Android, and iOS are all stretch goals.