The Spider Dress isn’t as powerful as Peter Parker’s Spider-Sense, but it’s designed to react to potential danger as well. Designed by “technological couture” specialist Anouk Wipprecht, it has six spiky limbs on its shoulders that move based on the wearer’s mood and the movement of people around. 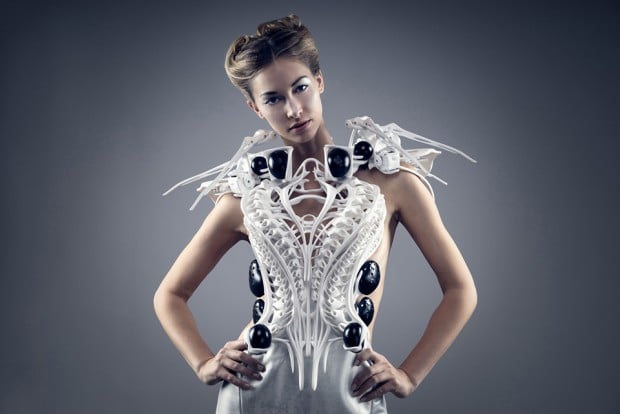 According to Fast Company, the dress is equipped with “wireless biosignals, and aggregates this information with measurements of others’ proximity and speed of approach (it can detect movement up to 22 feet away). The dress changes according to these various data inputs, gauging how the wearer is feeling about the people around her.”

The limbs are normally folded as shown in the image above, but if the dress detects an unwanted presence – someone approaching too fast or someone that the wearer is reacting to adversely –  the limbs will extend outwards in a threatening manner. On the other hand, “if you approach calmly and slowly, these limbs might beckon you forward.”

Spin a web browser and swing over to Fast Company for more on Anouk’s bad ass creation.