Geek Lets Others Control his Christmas Tree Lights via Minecraft

We saw a handful of cool and geeky Christmas trees and lights this year. Even though Christmas has now passed, we did miss one cool tree that is worth a mention though. Ryan Carter wired his Christmas tree sitting in his home up to sync with Minecraft. 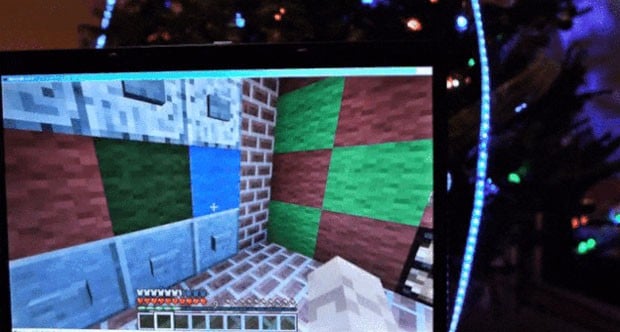 He used Redstone and some switches in a custom game level that anyone can get to. When gamers press the buttons, a ring of LED lights on his Christmas tree change colors. There’s a switch for red, one for green, and one for blue. The switches can also be pressed at the same time to make colors other than the basic RGB variety.

This is one of the coolest trees I saw this year and you can take a look at it, at least until he takes it down. I can only imagine this gets incredibly annoying.