3D printers are prone to a problem called layer shifting, which is when the printer’s x- or y-axis stepper motor skips, causing layers from that point onward to be misaligned with the previously printed layers. That of course leads to a useless object and wasted time and materials. That’s why Aus3D Director Chris Barr is working on an inexpensive solution to layer shifting. 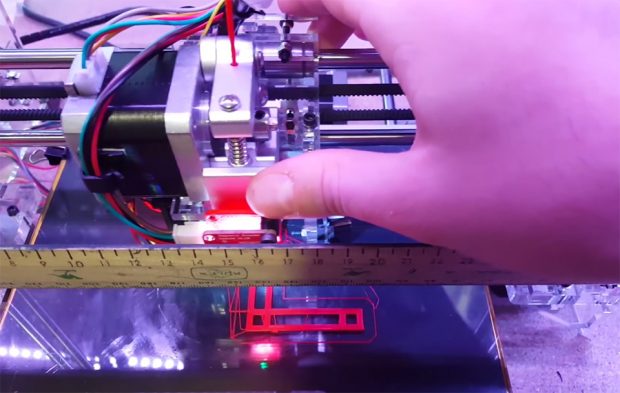 Chris’ current prototype uses a linear magnetic encoder and an ATmega328 to detect and relay the stepper motor’s position. When the axis is moved out of its proper position, the printer quickly moves it back to the right position. There’s still some filament wasted, but at least the print job can continue.

The prototype seems to do the job, but Chris believes he can make the printer respond faster. He also says he hasn’t tried testing it with larger print jobs. Check out his blog for more on his project.