If you were Bruce Wayne back in 1966, you had to flip a switch located in the head of a William Shakespeare bust to get into the Batcave. It was a pretty sweet setup. Just flip the head, hit the switch and the bookcase opened to reveal the bat-pole entrance to the Batcave. Now you can own a Shakespeare bust bank just like the original. 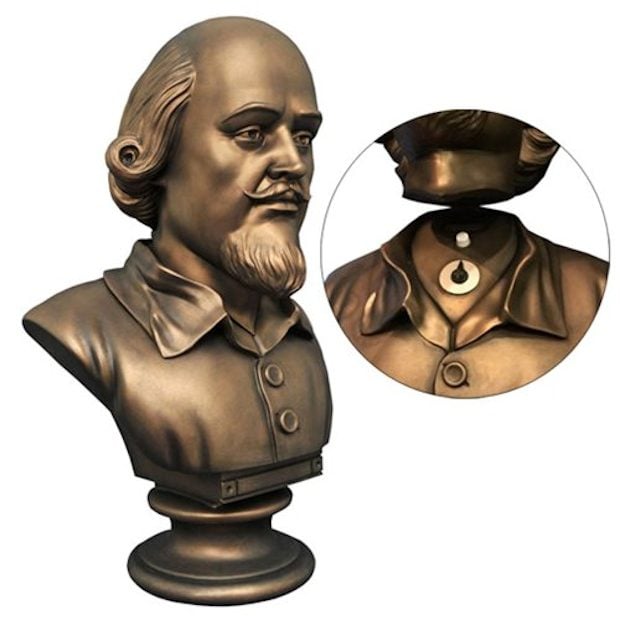 This one won’t grant you access to the Batcave, but you can pretend. It will however hold all of your spare change, so that you can save up for an actual Batcave.

You could probably rig this thing so that it at least opens a secret bookcase entrance to somewhere, but I would just save up for the full Batcave. It is only $69.99(USD) from Entertainment Earth and you can pre-order one right now.