If you have ever played Fallout 4, you know that Preston Garvey can be pretty annoying. He beats on stuff with hammers all day if you leave him behind, and always has more settlements for you to save. Some people have taken to killing Garvey, amnd I can’t blame them. 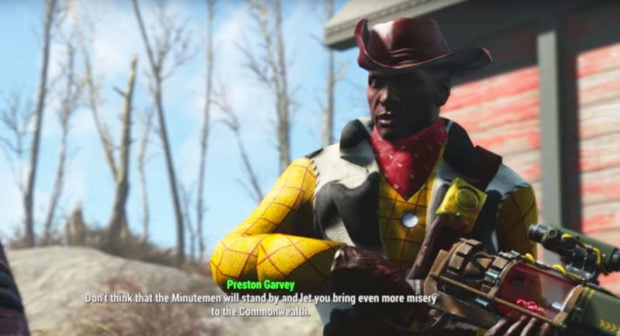 In the new Nuka-World DLC for Fallout 4 you can become a raider yourself, and that really, really pisses Garvey off. You can check out the video below and see how much it annoys Garvey:

This is the DLC that I have been looking forward to the most and it looks awesome. I’ve got to take Preston raiding.