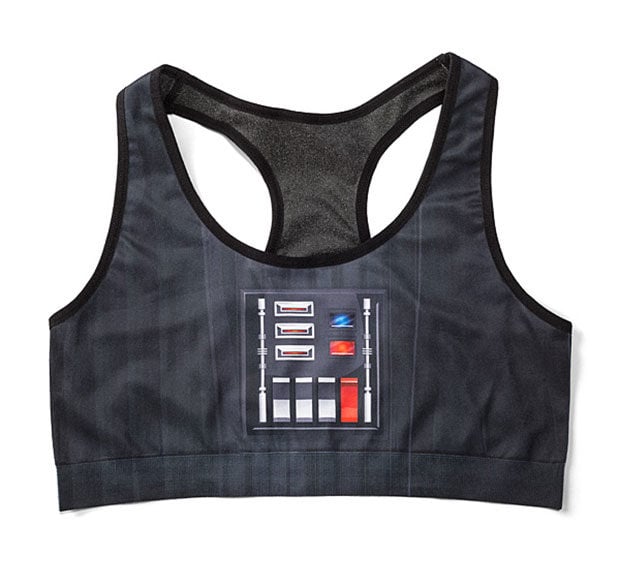 Speaking of boobies, sports bras are normally rather tame and boring, but this racerback lets ladies show off their Death Stars and their geeky side at the same time. It’s decorated with a screen print of Vader’s chest plate; you know that square thingy with all the lights he wore. 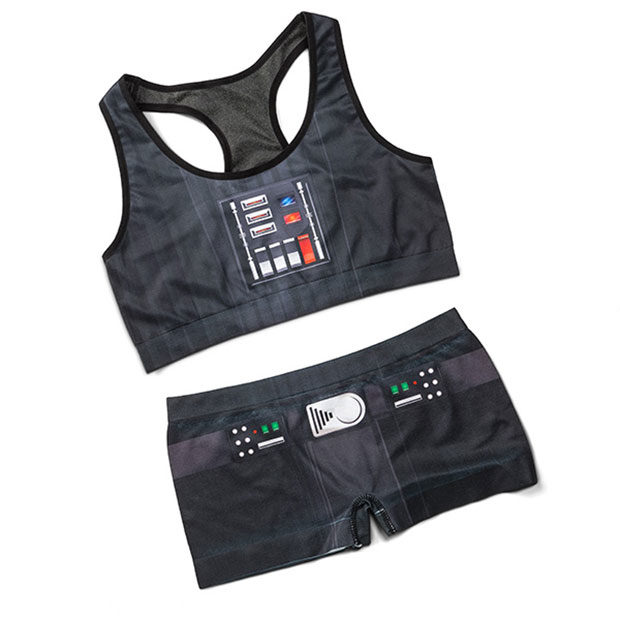 There’s also a pair of Imperial Boyshorts you can pair it up with to complete the look. The sports bra sells for $9.99 at ThinkGeek.