When I’m in the home office, I get the benefit of a huge 27″ 5K display on my iMac, but whenever I’m on the road, I just get the 15″ screen that’s built into my laptop. Sure, it’s a nice sharp display, but I miss out on the extra screen real estate that big screen affords me at home base. Thanks to AOC’s i1659fwux display, I now have a way to regain much of that extra space wherever I roam.

This compact display is small enough to tote in a backpack, and gives you an extra 16″ diagonal (15.6″ viewable) LCD screen in seconds. The display offers a crystal clear 1920×1080 resolution, and works simply by plugging it into your computer’s USB 3.0 port. There’s full support for both mirroring and extending desktops using the standard Windows and Mac control panels once the drivers are installed. 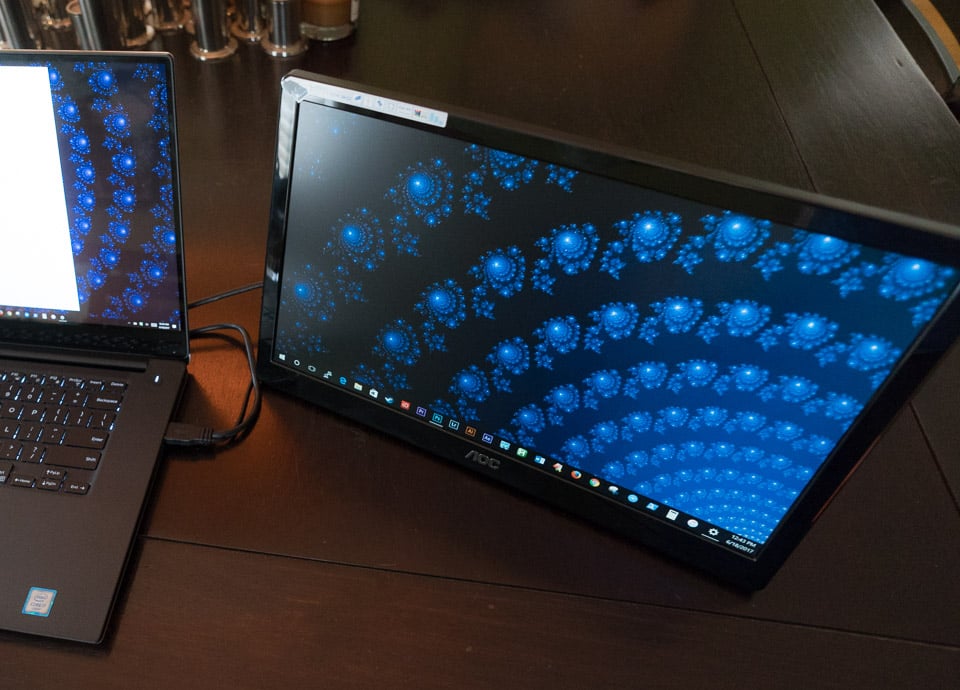 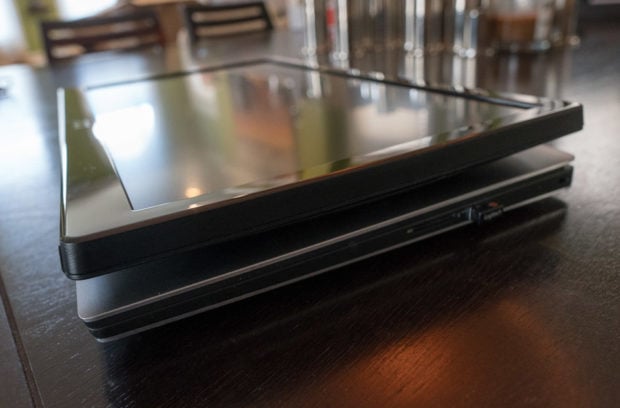 It’s built primarily from plastic, so it’s not particularly rugged, and its back is covered in shiny piano black plastic which is sure to attract fingerprints, scratches, and dust quickly. You’ll definitely want to pack it in a padded compartment in your bag when traveling. On back of the display is a swivel stand, which allows you to easily stand it up alongside your laptop, and doesn’t add much in the way of thickness when folded. 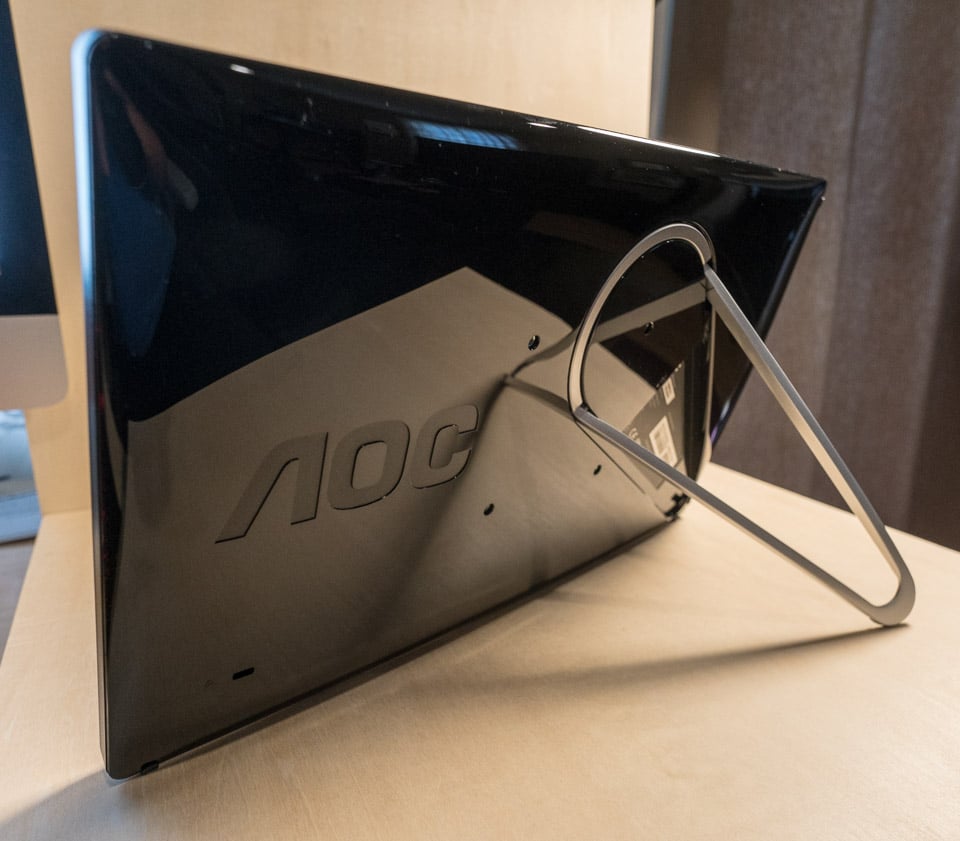 The stand can be angled from about 15º to 30º, or swiveled 90º to use the display in portrait mode – which is great for working on web pages. The display does have a tilt sensor built in that’s supposed to offer automatic portrait/landscape sensing, but it turns out it only works with the Windows 7 and Windows 8 DisplayLink software. You’ll have to manually flip between modes using the display control panel on your computer otherwise. 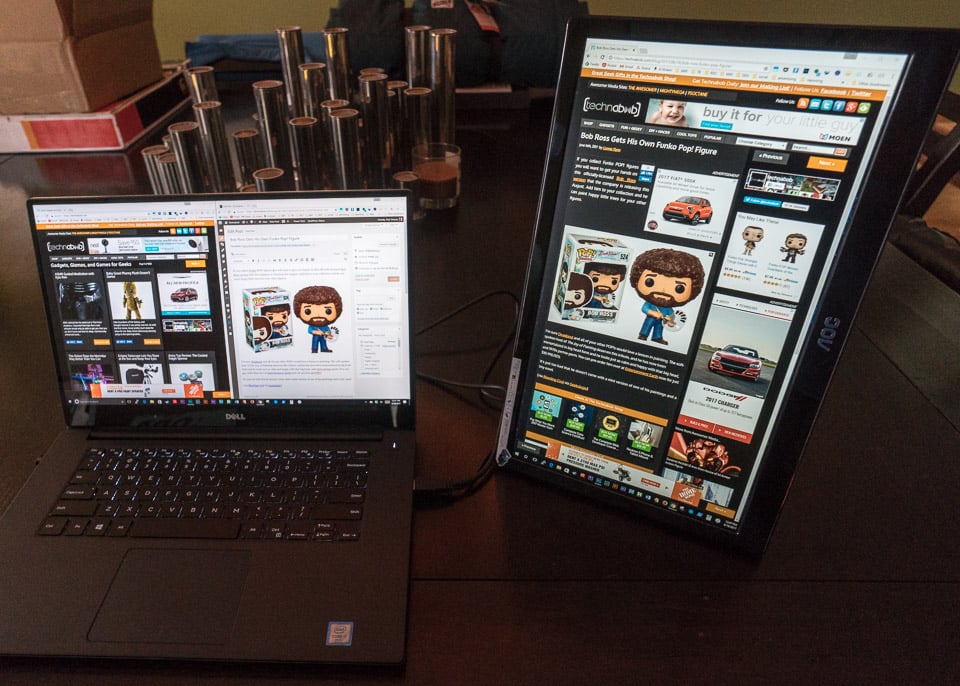 Connecting the display to a PC or Mac is pretty straightforward, but it’s critical that your machine has a USB 3.0 port, and that you grab the latest DisplayLink drivers here before you plug it into your computer’s USB port. Apparently, some systems may not be able to provide enough power via a single USB port, so they include a dual-head USB cable just in case. I didn’t run into this issue with either of my computers. 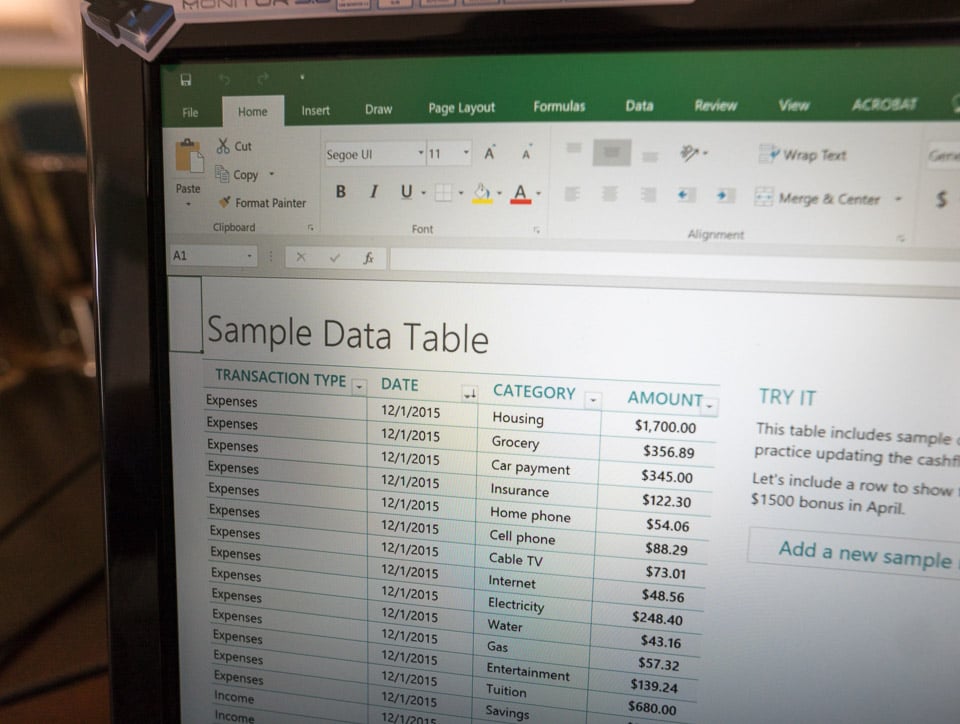 Image quality is better than I expected for something that’s this portable, and requires no external outlet. Images are crisp and legible, though the LED backlight isn’t particularly bright compared to typical displays. I assume that this is a limitation of powering a display over USB. It’s totally usable, but if you work in a really bright location, it could be an issue. Fortunately, the screen has an anti-glare surface, which makes washouts less of a concern. I was also pleasantly surprised that even full HD video content was completely watchable without visible lag. Viewing video used to be a challenge on USB displays, but it isn’t here. With a 60Hz vertical refresh rate, I wouldn’t expect it to be fast enough for playing games where precision timing is critical, though. 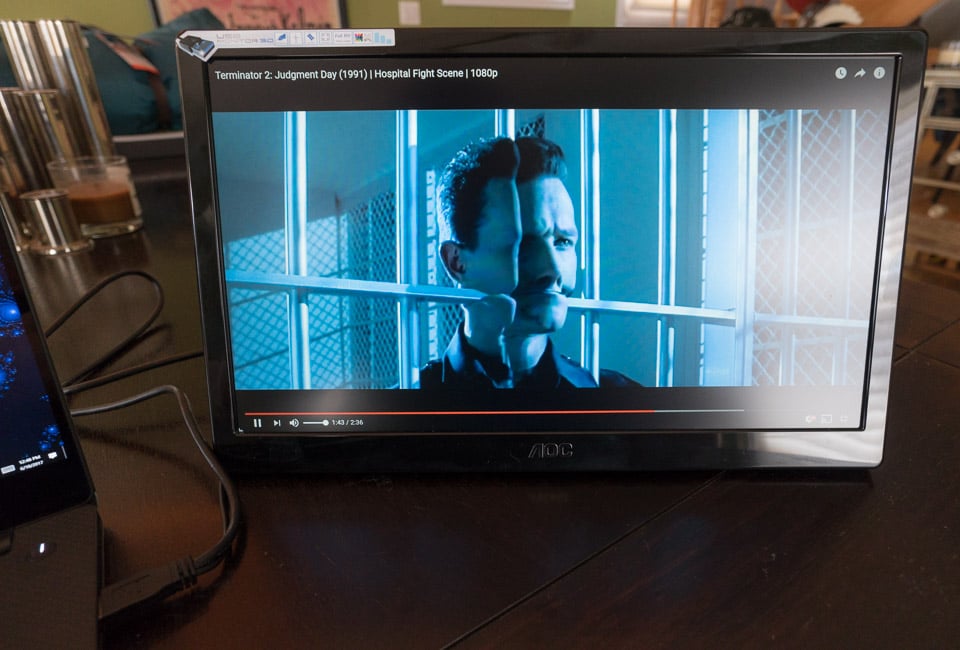 Overall, I’m quite happy with the AOC i1659fwux. It’s a great way for road warriors to add screen space, and is reasonably priced for what it offers. I’d love to see it packaged in a more rugged housing, but that’s really my only concern for something you’ll be carrying around all the time. 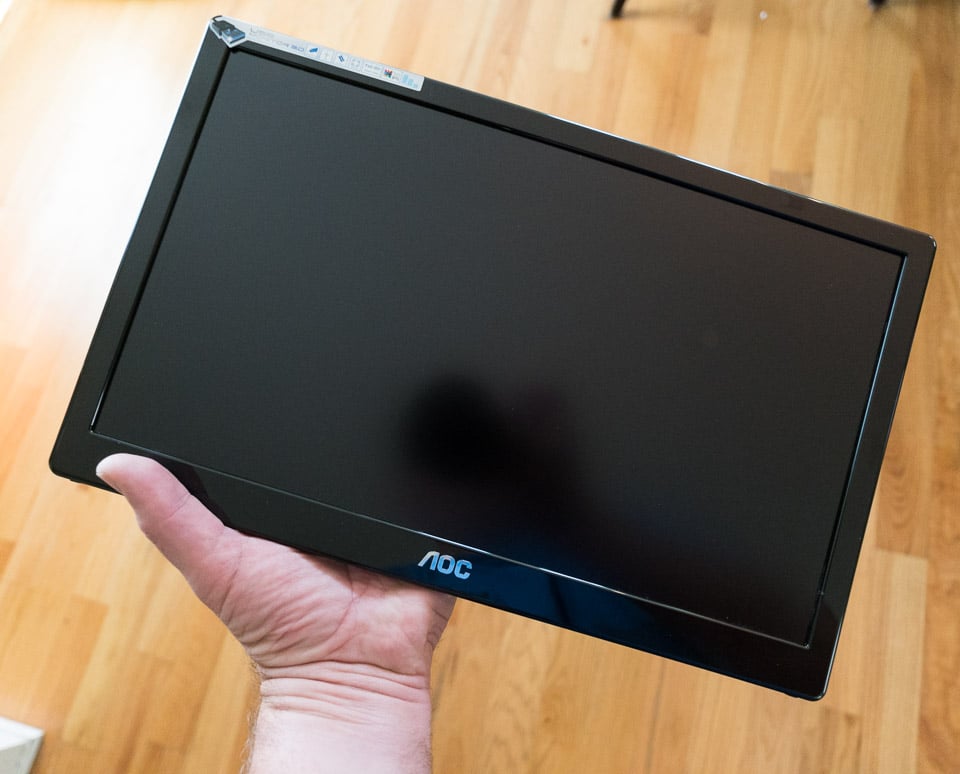