This Robot Can Crack a Combination Lock Safe in Fifteen Minutes

For all of the terrible damage and dismemberment that robots will surely bring in the near future, they also have their uses. Imagine taking a robot with you on a heist and having it crack a combination safe for you. That robot could make you rich. Or land you in jail. 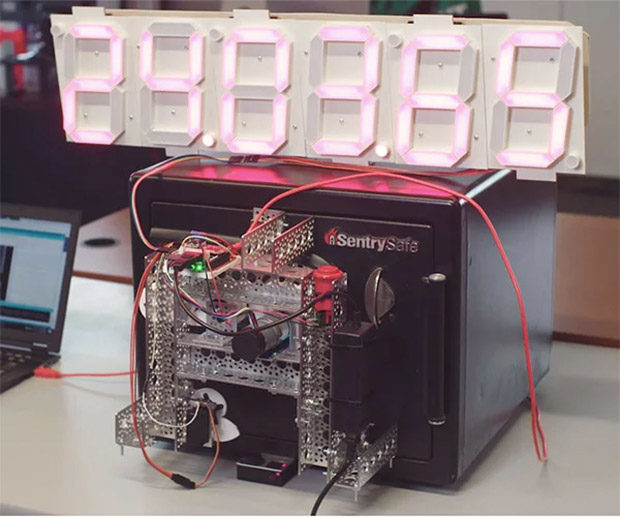 I’m sure that electrical engineer and founder of Sparkfun Nathan Seidle would never use his creation to steal, but he could if he wanted to. He recently sat down with Wired to explain how and why he built this custom robot that is able to crack a SentrySafe combination lock safe in just fifteen minutes.

Basically, when his wife gave him this already locked safe as a gift with no combination, he built this safecracking robot to get inside. Using a combination of known exploits, he was able whittle down the possibilities from a million to a much smaller subset of about 1,000 possible combinations. With that in mind, it was only a matter of time before the robot opened the door.