Humans are inherently so lazy that they don’t have the time to find Waldo. This robot, on the other hand, finds Waldo with impressive speed and accuracy. There’s Waldo is a robotic system that was created specifically to point out the subject of interest in the Where’s Waldo? books. 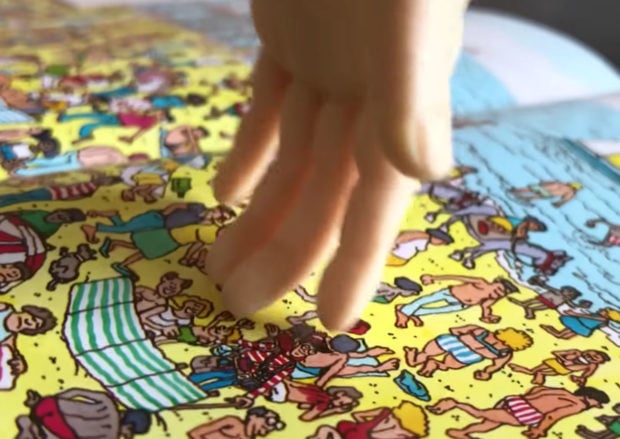 Here’s how it works. The arm uses a camera to snap a photo, then uses OpenCV to find and extract faces. The faces are then sent to the Google Auto ML Vision service, which compares each one against the trained Waldo model. If a confident match of 95% or higher is found the robot arm is instructed to extend to the coordinates of the matching face and point at it. If there are multiple Waldos in a photo it will point to each one.

So it basically works like the human brain, except that we don’t need to consult Google to know what Waldo looks like. That means we are better. In your face, robot! The robot is faster than most humans though, finding Waldo in as little as 4.5 seconds.

It does a great job, but I have to wonder if you give it a book that doesn’t have Waldo in it, does it say, “Does not compute! Does not compute!” and then burst into flames? It’s a question I want to be answered.

[via Geekologie via Laughing Squid]