With a rich history in the world of wireless communications, Chicago-based Motorola is still going strong, offering up some great smartphones with a great balance of features, build quality, versatility, and value. And with its Moto Mods technology, they’re some of the only phones on the planet which are truly expandable. With its latest smartphone, the Moto Z3, Motorola is saying to its buyers they’ll even be future-proof when 5G networks arrive in the coming years.

I recently spent some time testing out the new Moto Z3, and while I didn’t get to try out its vaunted 5G upgradeability myself, I found that it packs more than enough goodies to make it a worthwhile purchase even if you never use it on anything but Wi-Fi or 4G LTE. 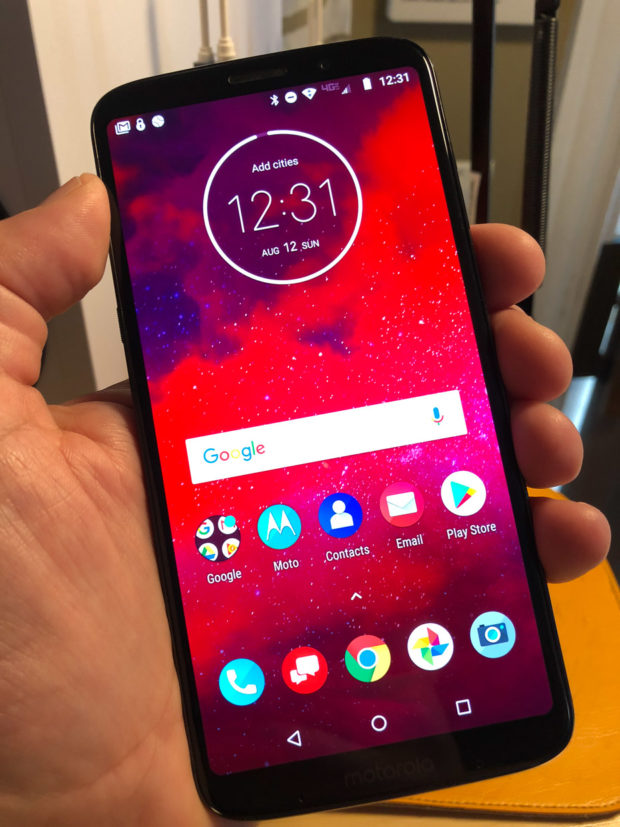 The Moto Z3 feels great in the hand, with a slim profile, and just enough weight that it doesn’t feel cheap or flimsy. Its body is made from sturdy, lightweight aluminum, with Corning Gorilla Glass on its display and rear to minimize the risk of cracks. Its display is excellent too. The 6″, 2160 x 1080p (18×9) Super AMOLED screen is bright, crisp, and offers outstanding contrast. To my naked eye, the Z3’s color saturation is substantially more vibrant than the OLED screen in my iPhone X. 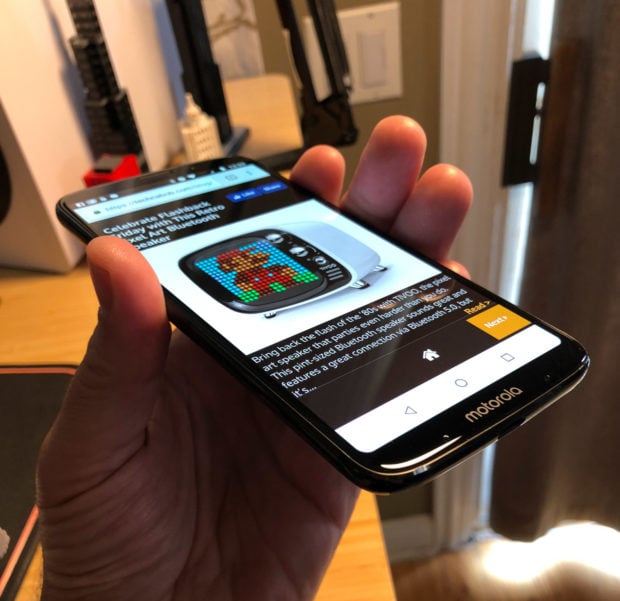 One of my favorite design and engineering choices in the Z3 is how the fingerprint sensor is mounted on the side of its body. Not only does this location make ergonomic sense as you’ll typically have your hand wrapped around the sides of the phone, but it allows the display’s bottom bezel to take up less space. I found it took less time to authenticate with this method than any other phone I’ve used to date because of its convenient placement. 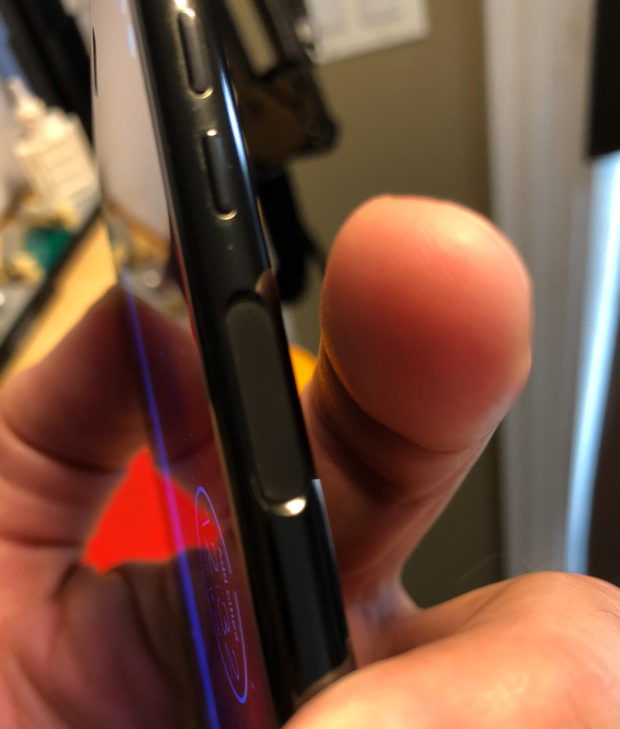 With dual depth-sensing 12 megapixel cameras on back (one color, one monochrome), the Moto Z3 captures photos with excellent image quality overall. Colors are vibrant and images are crystal clear straight from the phone, which can automatically save and sync full resolution images into your Google Photos storage. 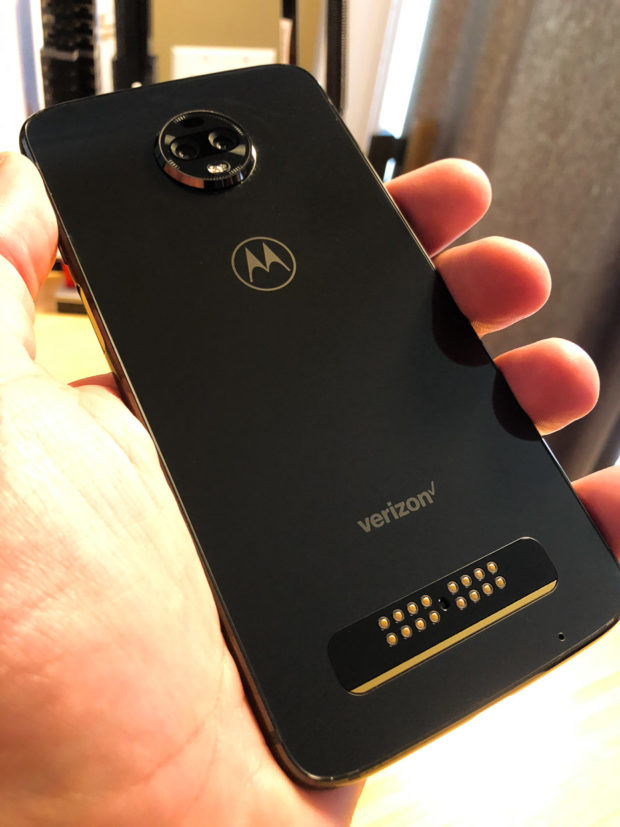 Its camera app has numerous built-in photo modes including full manual, portrait, spot color, text scanning, panoramic, cinemagraph, manual exposure settings, and more. Color reproduction, contrast, and sharpness are excellent, and not a single one of the images I snapped with the camera required retouching or filters to be applied. 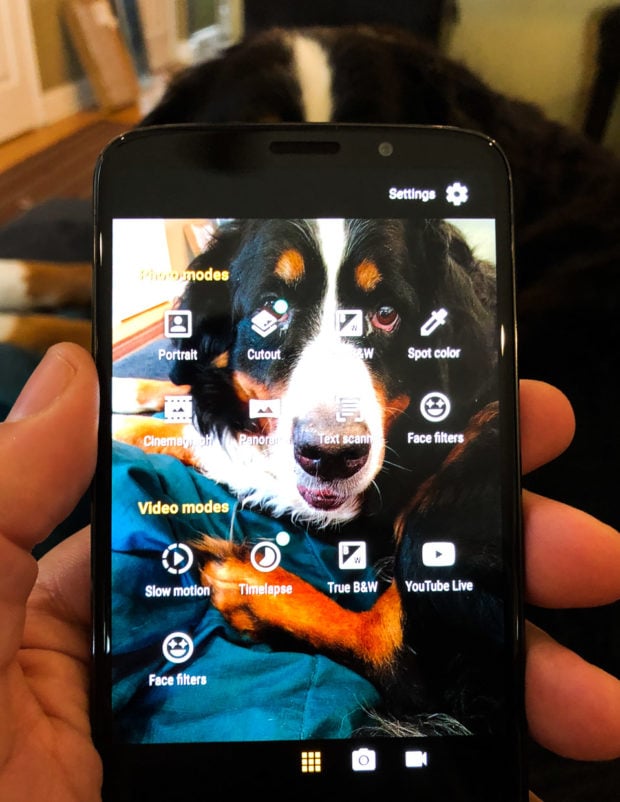 Click any of the Moto Z3 sample images I shot below to view a high resolution version: 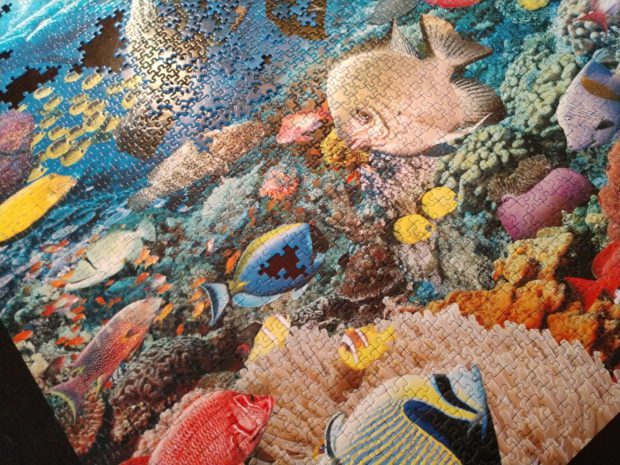 That dual depth camera tech makes it easy to capture portrait images with creamy (and fully-adjustable) depth-of-field, and allows you to replace the background behind portrait images with ease too. The results of this Cutout mode aren’t perfect, but it was still fun to go on a beautiful mountain vacation without ever leaving the back porch of my house. 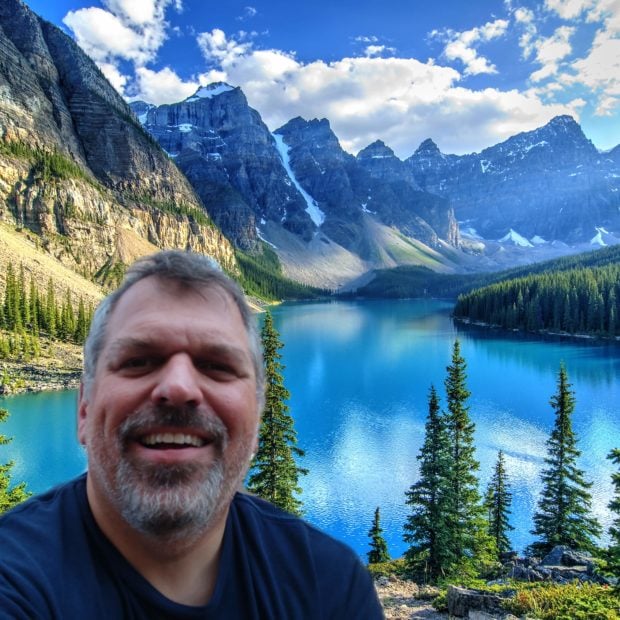 One of my favorite photo modes is “True B&W,” which doesn’t just desaturate a color image, but actually shoots in black and white. This produces images with much greater contrast and precision than typical B&W software filters, and that remind me of those professional gelatin silver photographs. 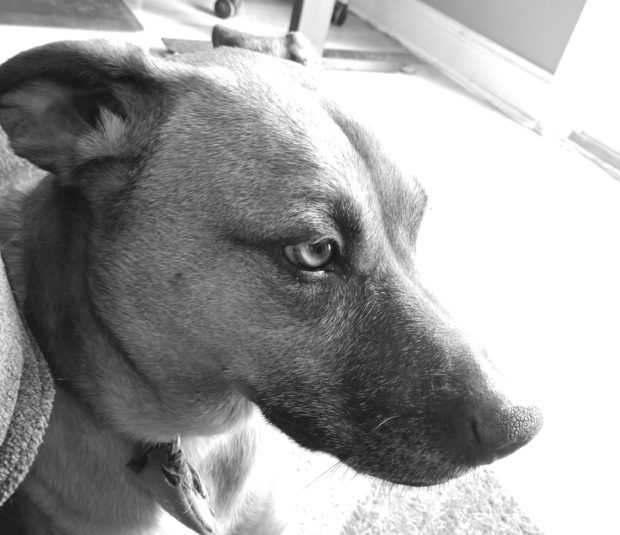 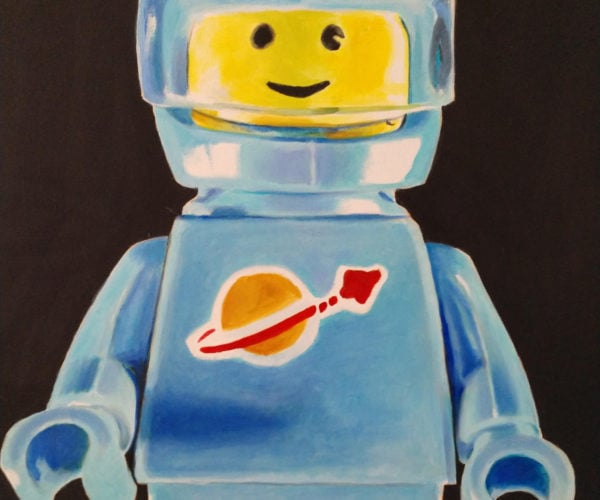 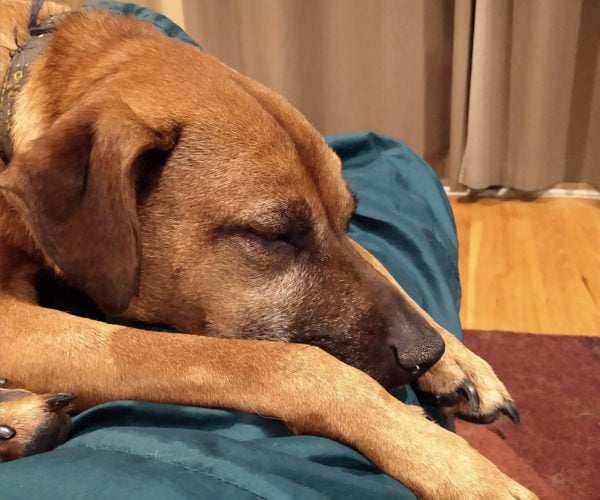 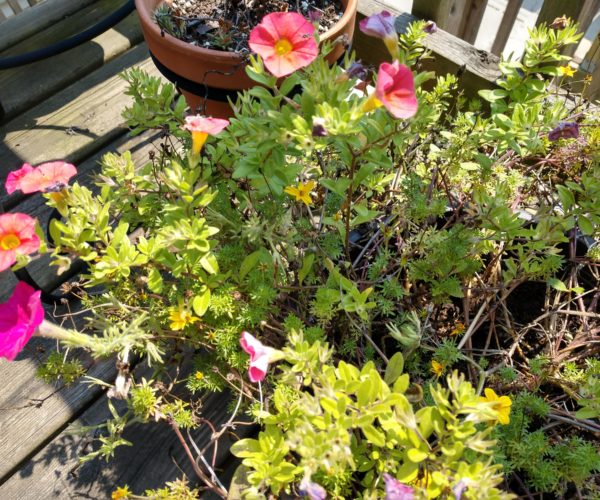 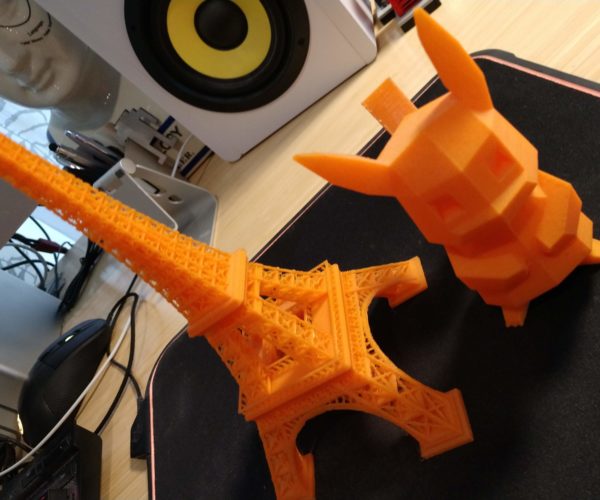 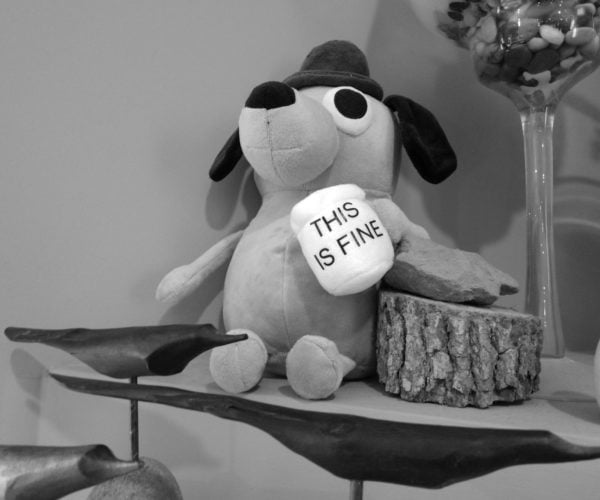 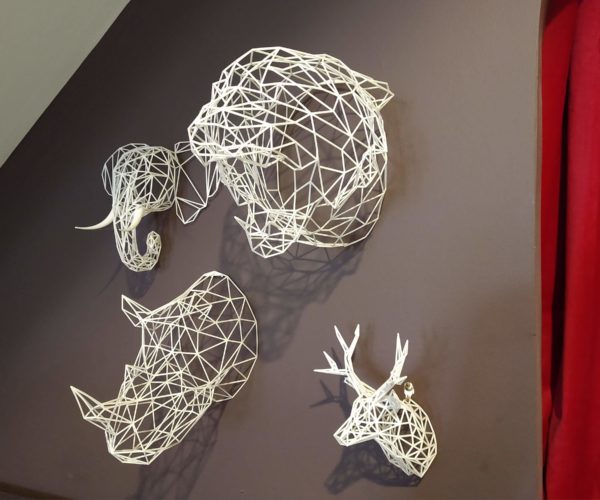 Under the hood, the Moto Z3 is powered by a Qualcomm Snapdragon 835 processor with a 2.35GHz octa-core CPU and 850 MHz Adreno 540 GPU. Those who live and die solely by having the latest CPU might not be wowed by those specs, but for the rest of us, this phone is plenty fast. Running Android 8.1 Oreo, the Z3 never stuttered performing any task I threw at it, including capturing smooth 4K video, and playing graphics-intensive 3D games like Asphalt 8 and Infinity Ops without hiccups. 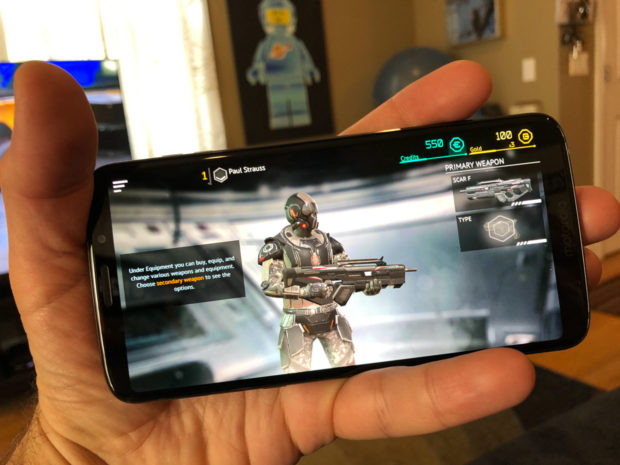 There’s 64GB of on-board storage, plus a MicroSD card slot that can hold up to 2TB of additional data. It’s got a 3000 mAH battery inside too, which is enough for a full day of typical usage without running out of juice. Thanks to USB-C connection and the included quick charger, you can get the battery charged up 50% in as little as 30 minutes. There’s no Qi wireless charging on board, but frankly, I only use Qi in a pinch since it’s still so much slower than wired charging. And if you really want wireless charging, there’s a Moto Mod for that. Other Moto Mods include speakers, a portable projector, a battery pack, an instant printer, a game controller, a Hasselblad camera with 10x zoom, and more. 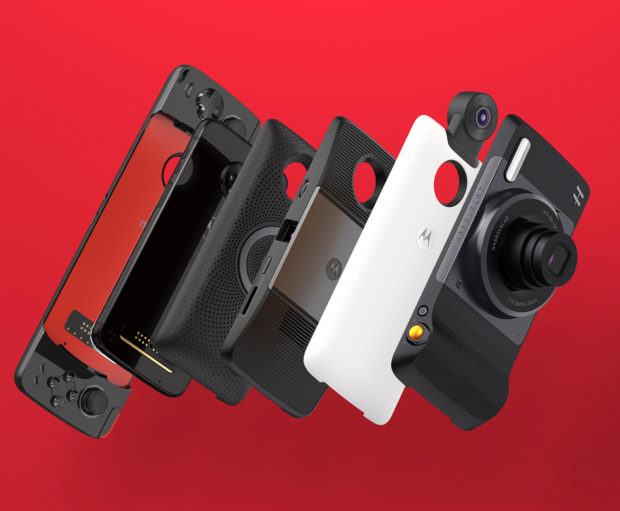 Now what about that 5G Moto Mod I mentioned earlier? Well Motorola is very far along in the development process of this Z3 add-on. This mod adds four millimeter wavelength modems and antennae to optimize signal quality, as well as backup support for the fastest 4G tech available. It also packs a built-in battery so the extra juice required for 5G won’t reduce the Z3’s full day battery life. In fact, since you’ll be moving data more quickly, it’s quite possible your phone will spend less time on and draining its battery during downloads. 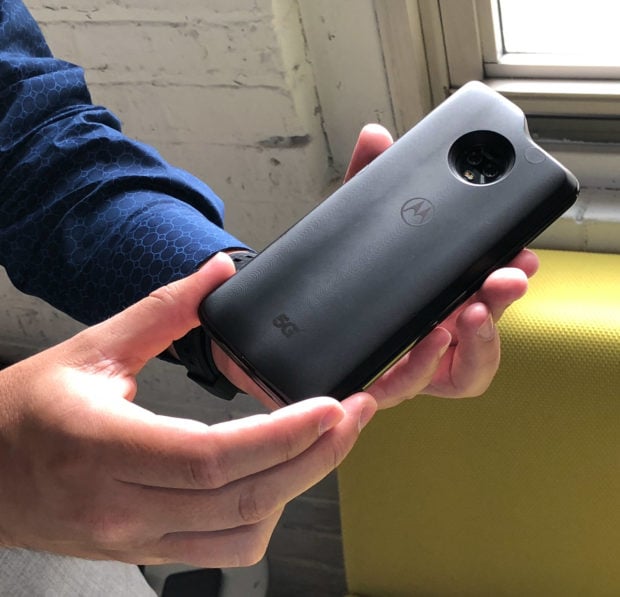 I saw the prototypes of the 5G Moto Mod in person, and also witnessed a demo of the tech firsthand in one of the labs at Motorola HQ. The lab demo was quite impressive, using a prototype mod to reach theoretical downstream speeds up to 2 GB and 500 MB upstream – roughly 10 times today’s best 4G network speeds. On top of that, 5G latency is significantly better than any wireless tech before it.

Priced at just $480 – or $20 a month with a 24-month contract, the Moto Z3 is also an outstanding value. It’s a well-rounded phone overall, with just the right mix of performance, display quality, photographic prowess, and overall ergonomics. Plus, you get the added benefit of Moto Mods upgradeability along with the ability to be one of the first to use 5G connectivity when it eventually does hit. Kudos to Moto for making a great phone that has the potential to get even better in the future. 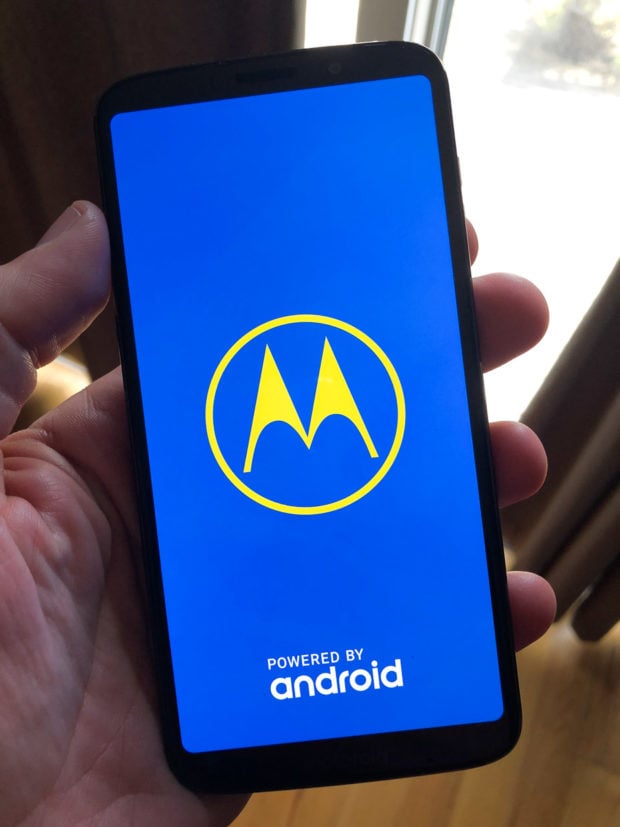 For now, the Moto Z3 is a Verizon exclusive here in the U.S. and will be available starting on August 16, 2018. Customers making the switch to Verizon at the same time can get a $300 trade-in credit for their old phone.

The 5G Moto Mod is slated for release sometime in 2019. Keep in mind that Verizon’s 5G network is only in its infancy, and nobody is sure how soon 5G will blanket any significant portion of the world. There are a few cities on the list to get coverage earlier than others, so if you happen to live in Los Angeles, Sacramento, Houston, or one other as yet unnamed city, you’ll want to grab the mod as soon as it comes out. Motorola also didn’t reveal pricing for the 5G mod yet, so hopefully it won’t be too costly.