In games like Dungeons and Dragons, rolling a 1 is the worst news you can get. It means that you have critically failed at whatever task you are attempting. It often elicits the F word from the mouths of those rolling the die. Well, the good news is that these dice say it for you. 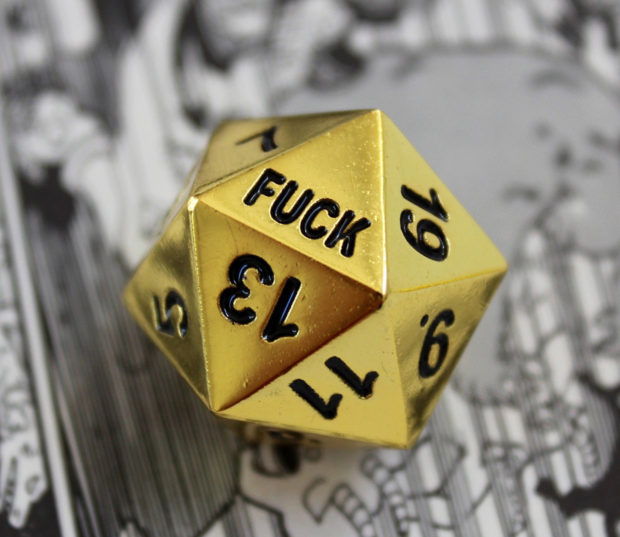 These Critical Failure D20 dice are made by Etsy seller MarsDice. The 25mm dice have ‘F*CK’ printed on one of their sides instead of a ‘1’. So now you don’t even have to open your mouth. These dice say it for all to see. They are available with a silver or gold finish, and cost $18 each. That price doesn’t really make sense because I had to use the swear jar like 100 times before I had $18. How does that convert to 1 single F word on a die? 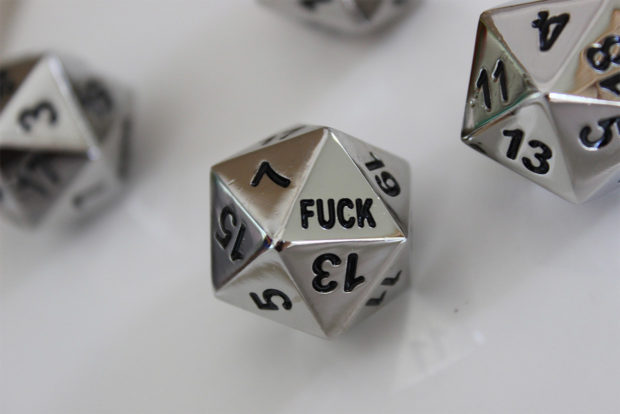 My advice to nerds is not to look at rolling an F-bomb as a failure, but rather that you had a 1-in-20 chance of getting one. You know, always look on the bright side of life.