If there’s one game I always loved playing at Chuck E. Cheese’s when I was a kid, it was Skee-Ball. There’s just something so satisfying about rolling those balls down the ramp and into one of the point buckets – especially when the tickets come pouring out of the machine so you can redeem them for fabulous prizes. While this homemade Skee-Ball machine forgoes the ticket dispenser, it still looks like a bunch of fun. 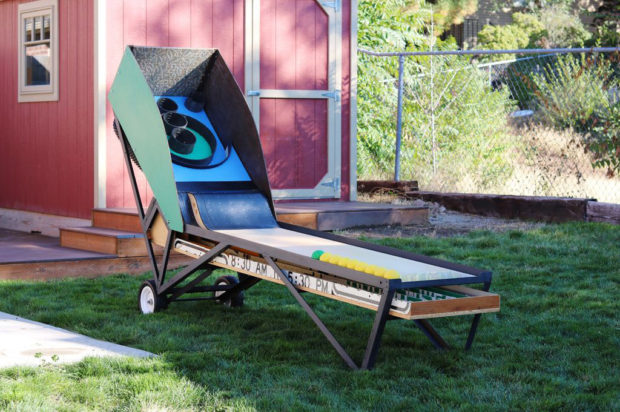 Instructables contributor Seamster created this Skee-Ball machine on wheels, so it can be rolled out during parties, and then put away when not in use. What’s cool about it is that it was primarily constructed using reclaimed items, including old metal bed frames, rubber mud flaps from a truck, road signs, a chalkboard, and scrap wood. 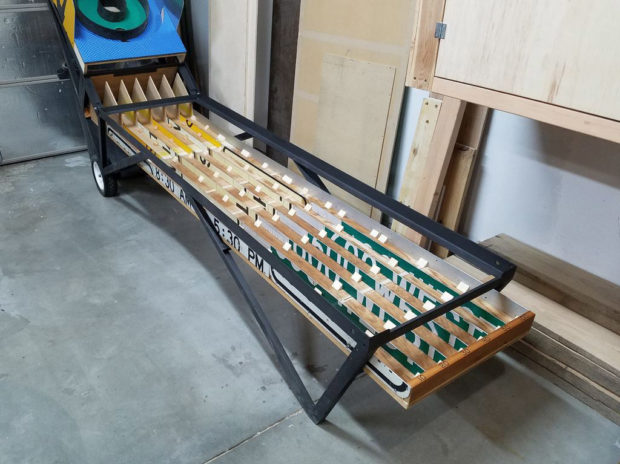 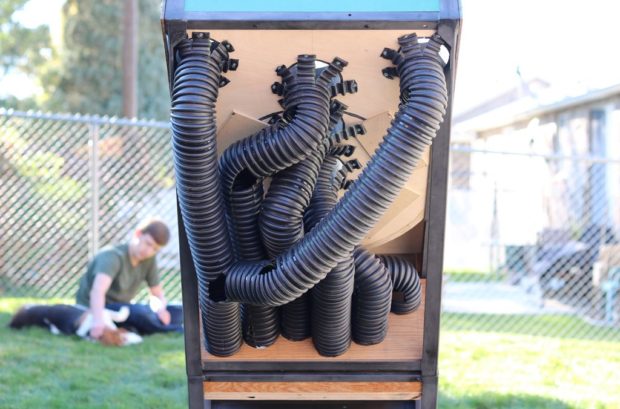 It appears that the only new bits are the 3″ flexible drain pipes and used for the ball return system. For the balls, he used those baseball practice balls, but I think I’d want the real wood composite balls if they weren’t so damned expensive. And lest you think it would be hard to keep track of your score, this machine has a built-in ball sorter tray, which indicates how many points each ball scored. Smart! 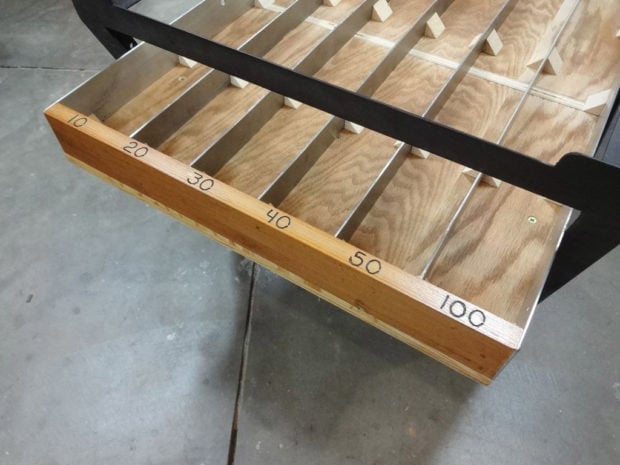 This is such a great build, and something I’d love to have in my home arcade someday. If you’re like me and want your own Skee-Ball machine, head on over to Instructables to check out the full build instructions, including parts lists and templates.