I don’t see what the big deal is. I’d love to marry Heather Graham. Oh, wait. It’s not Heather Graham? It’s Holo-gram?!? My bad. Anyway, the world that we live in today is pretty, uh… What’s the word I’m looking for? F**ked up. Yeah, that’s it.  Yes, according to reports, a man in Japan recently got married to a hologram. 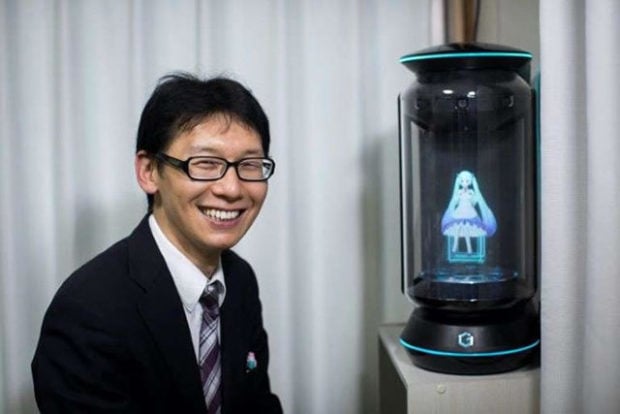 35-year old Akihiko Kondo held a two million yen (~$17,600) wedding ceremony for him and his $1500 holographic wife, virtual reality singer Hatsune Miku. Sadly, Akihiko Kondo’s mother refused an invitation to her only son’s wedding. Frankly, I think that was the right call. In fact, none of Kondo’s relatives attended his wedding to Miku. Nevertheless, he didn’t let that stop him from having a formal ceremony at a Tokyo hall. Around 40 guests watched as he tied the knot with his wife who was represented by a doll. Why bother with the doll when you have the hologram? I don’t get it. 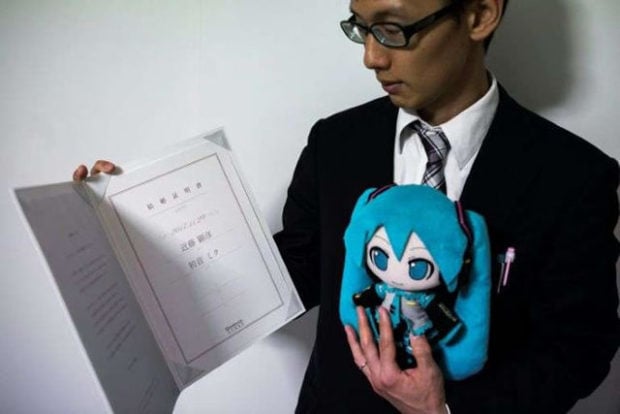 This guy isn’t the only one of his kind either. Gatebox, the maker of the virtual reality holographic box girlfriends/wives, has issued over 3,700 certificates for “cross-dimension” marriages. Seriously, WTF people? 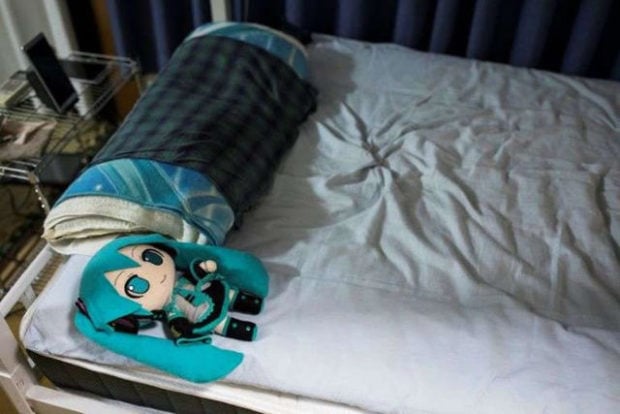 Wait until the hologram divorces start happening. When you divorce a hologram they don’t take half of your things, they take all of your heart. *Sad face*. 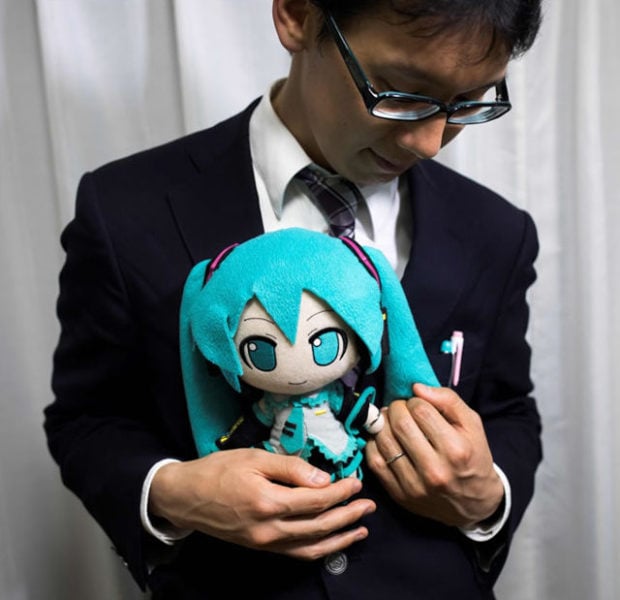 [via New launches via Geekologie]