I’m a Deadpool fan and have often thought I’d like to see him turn up in other films like The Last Samurai or shows like The Walking Dead. I mean, Deadpool would be great at fighting feudal warlords and slicing the heads off zombies with those swords. If you ever though Deadpool would make a good samurai, you can live that dream with this action figure. 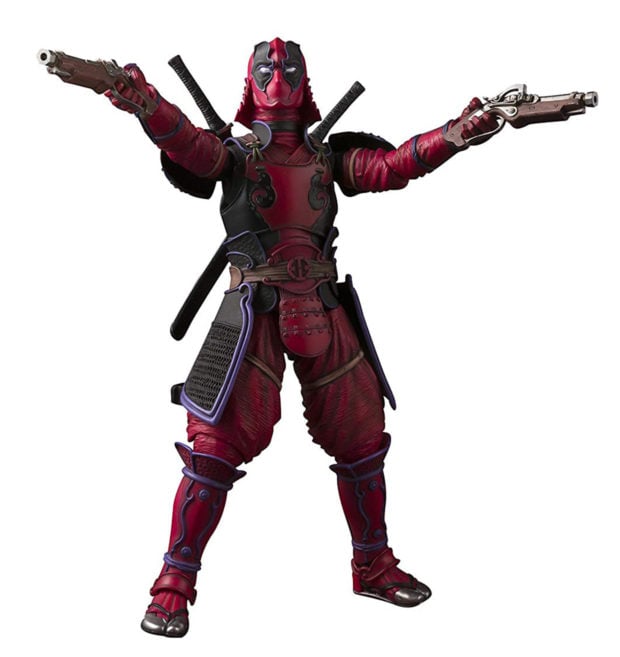 Designed by Takayuki Takeya, the Tamashii Nations Meisho Manga Realization Kabukimono Deadpool action figure is here to kick some serious ass. It has a super long name, but the action figure is very cool. The 8″ tall Deadpool has the swords on his back we know and love, as well as a pair of muskets on his sides. 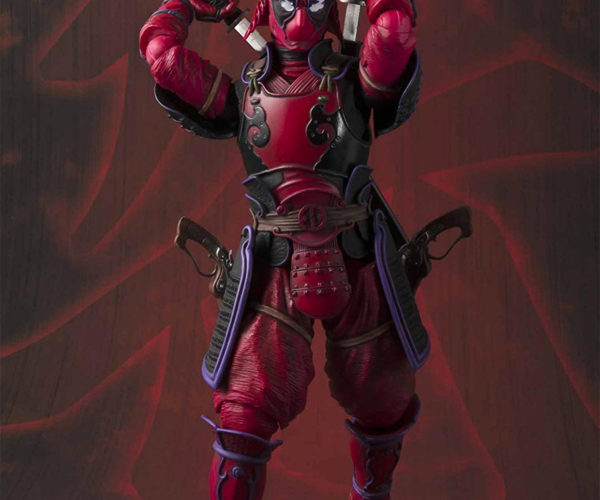 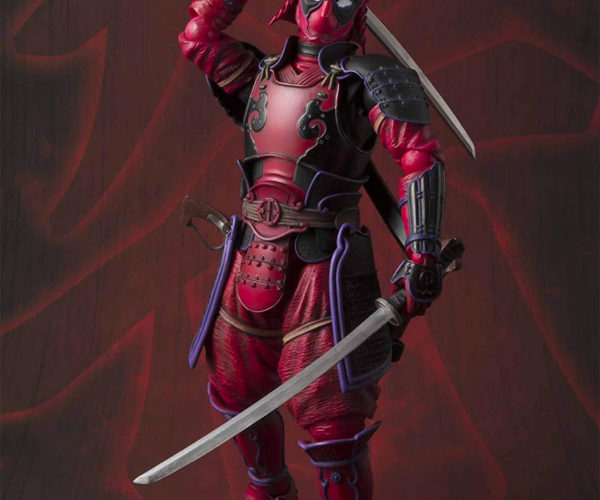 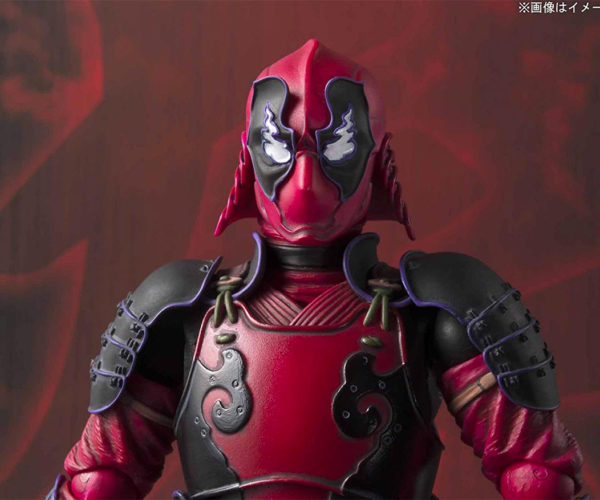 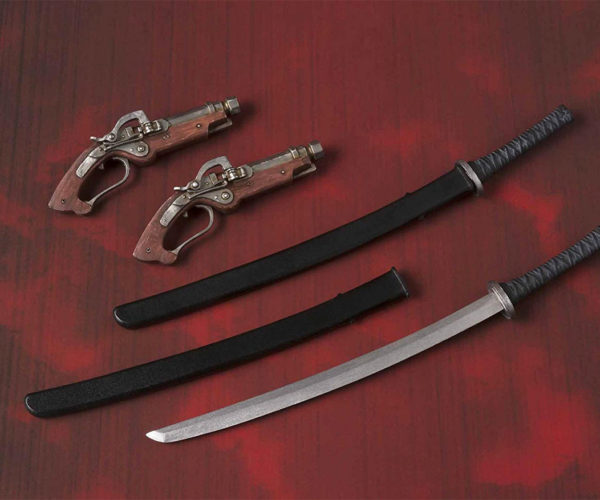 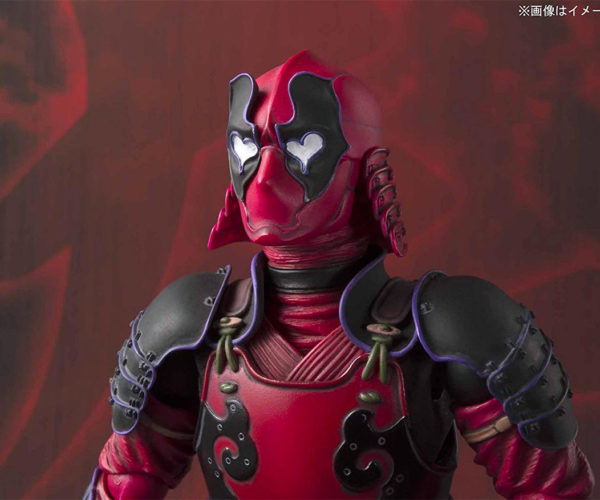 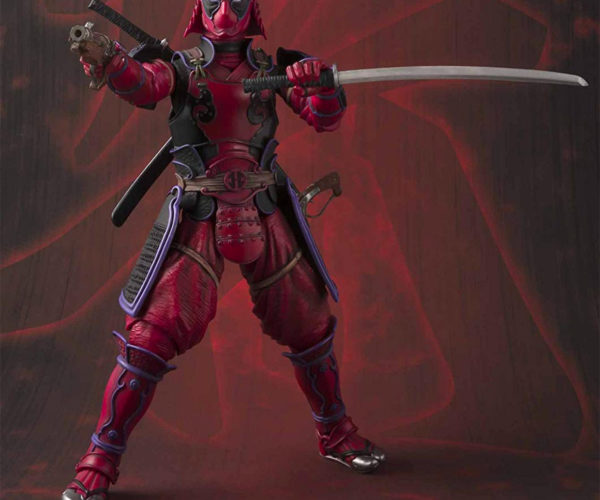 You get four arms, two katanas, two guns, two weapon holsters, and three interchangeable eye parts, including two eyes that look like hearts. I don’t think Deadpool would like feudal Japan; they didn’t have chimichangas. Maybe he could change to spring rolls. You can grab the figure over on Amazon for just about $60.