The opening sequence of Raiders of the Lost Ark is one of the most memorable in the history of motion pictures. It’s got a rolling boulder, poison darts, subterfuge, crumbling rocks, and even a big snake named Reggie. Why did it have to be snakes? It’s all about the quest for a golden idol, which kicks off all the action.

Now you can skip all the chaos, and just buy a golden fertility idol for your own bookshelf. 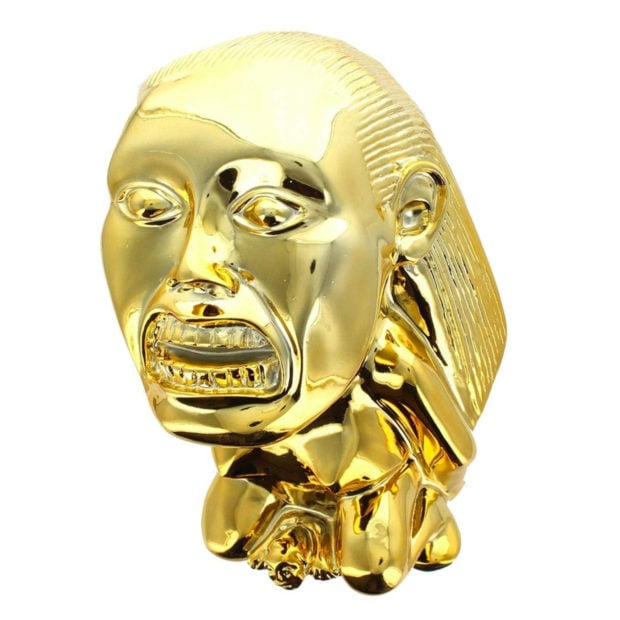 This unofficial replica of the shiny metal Chachapoyan fertility idol is a dead ringer for the one in the classic Spielberg movie, though in this case, it’s made from polystone with metallic paints, rather than actual gold. It measures 7″ tall, and weighs in at roughly 1.16 pounds – so that’s how much sand you’ll need to bring with you if you plan on trying to remove it from its pedestal without triggering all of the booby traps. 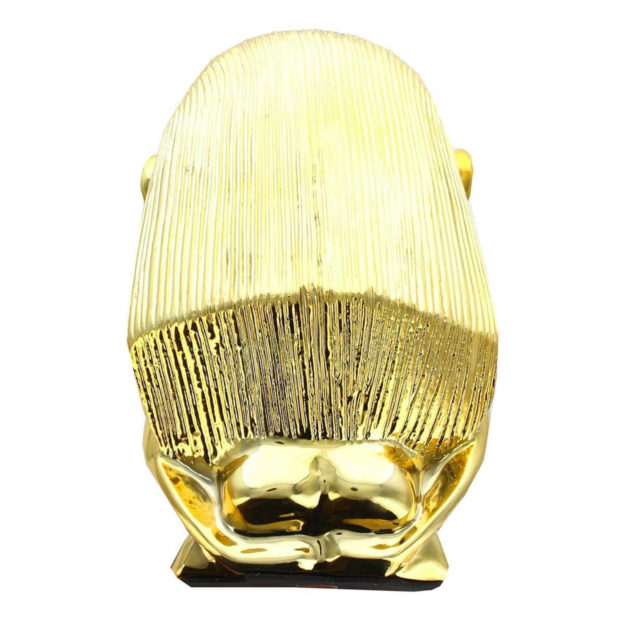 Prizehunters, head on over to Amazon, where you can find your own golden idol, and have it shipped right to your doorstep.