Due to graphical limitations, video games from the Nintendo 8-bit era pretty much played out on a 2-dimensional plane. But now, you can play some of these classics in 3D, thanks to an application called 3dSen.

Currently available as an Early Access game on the Steam PC gaming store, the program doesn’t just emulate old NES games, it adds depth and shadows to their levels. Since these games have no idea that a third dimension existed, each game requires a custom-built profile to project its elements onto the Z-axis. 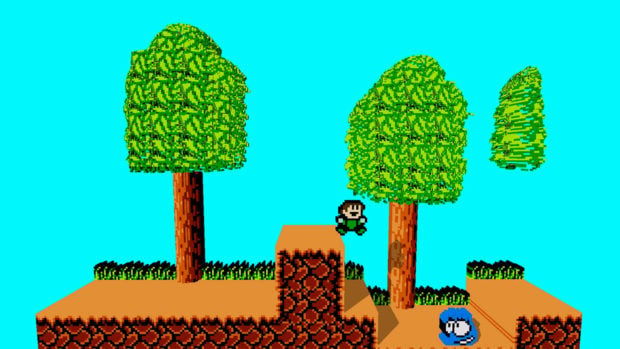 This approach has significant advantages over just simply turning pixels into voxels, but also means a whole lot more setup work for the developers working on the project at Geod Studio. Each game has a distinctive look to it, and you can even rotate the playing field so you can look at it from different angles. They’re also working on VR support for 3dSen, which immerses you in these 8-bit classics like never before.

You can watch some more nifty examples of 3D emulated NES titles below, the check out the full list of supported games. While the depth doesn’t necessarily add to the gameplay, it certainly brings games like Excitebike and Super Mario Bros. to life in a new way. Head over to Tructre1980’s YouTube channel for more footage, or sign up for Early Access on Steam now.