Turn an IKEA Lamp into an Exploding Death Star 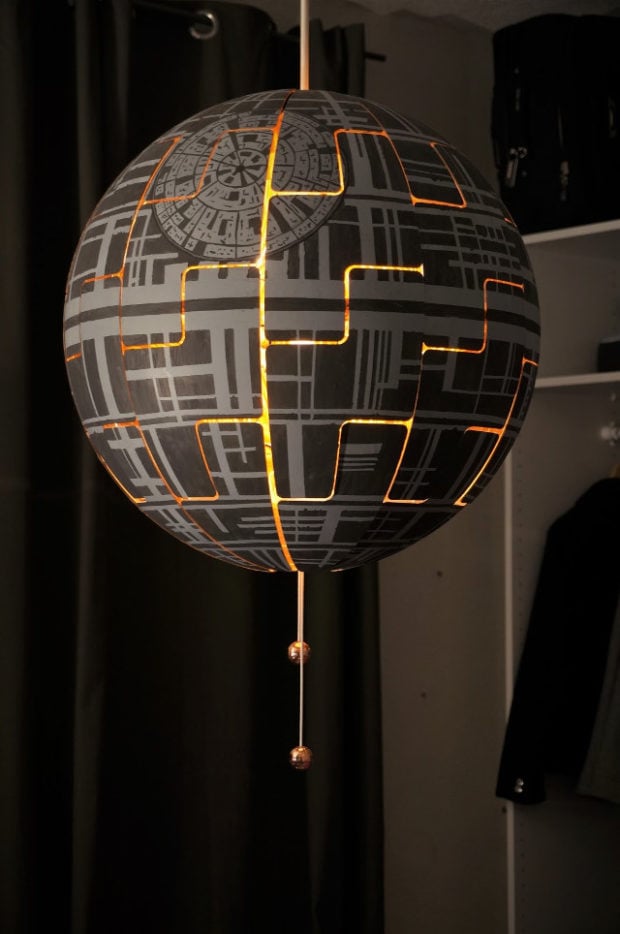 You can follow a tutorial she made here or here to make one of your own. You have to buy an IKEA PS 2014 pendant lamp, then paint it to look like the Death Star. Since the lamp expands when you pull its string, you have yourself an exploding space station. Explode it as often as you want. 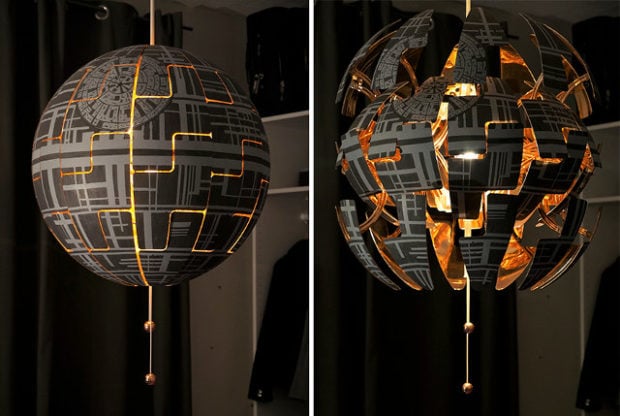 The Rebels would be proud. Also, it saves them the trouble of blowing it up themselves. 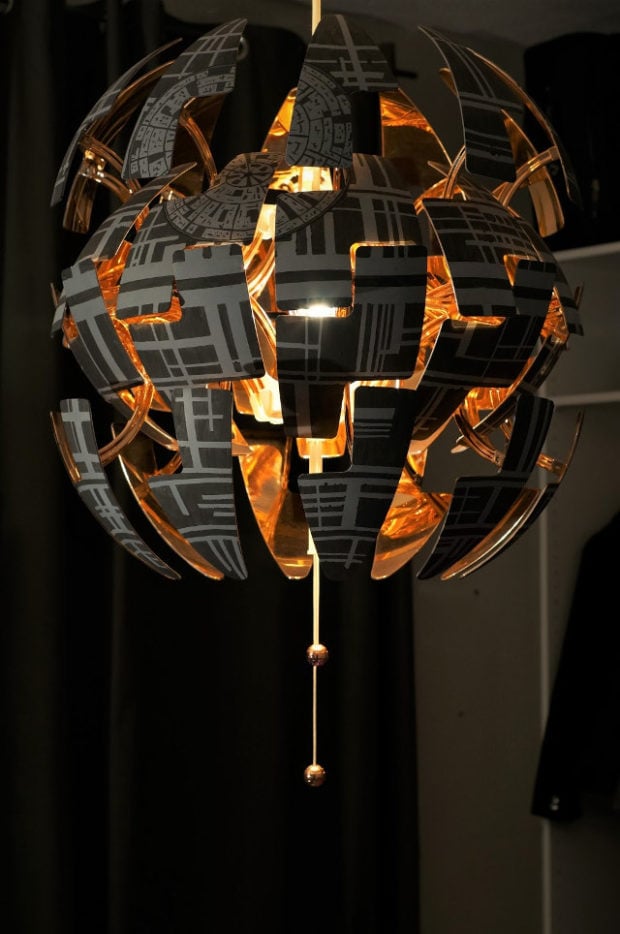 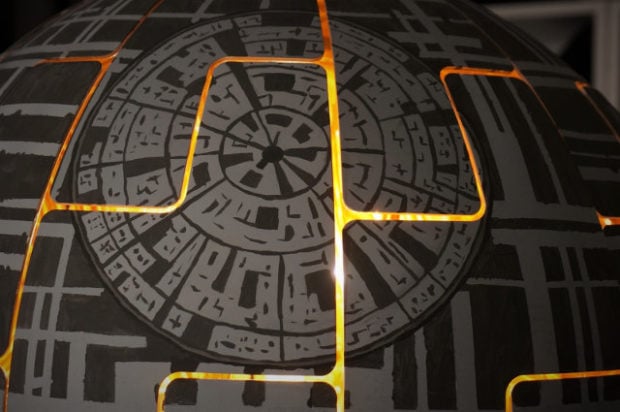 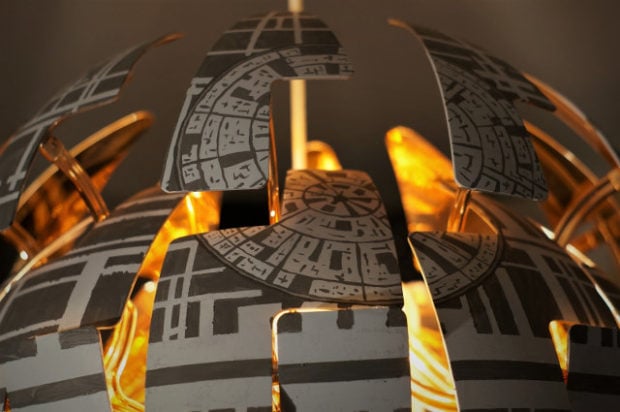