Do you have an old Macintosh lying around gathering dust? While you might want to turn it into an aquarium, you could also update it to run a much more modern operating system. Modder Travis DeRose of Curiosityness shows us how he cracked open a Macintosh Plus and converted it into a permanent home for an iPad Mini. 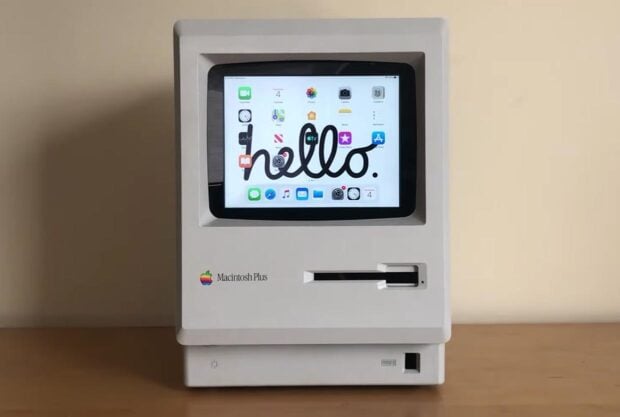 The computer is completely functional, though it uses the iPad Mini’s touchscreen instead of a mouse and keyboard. I think if I built one of these, I’d want to mod an original ADB keyboard and mouse to connect to the iPad Mini via Bluetooth. The system also has a button on the back that can turn on and off the Lightning charging cable, which is important since all of the buttons on the iPad Mini end up hidden behind the black acrylic frame that’s necessary to make the iPad Mini fit into the monitor cutout. One downside of the home button being concealed is that you have to use gestures in its place.

Check out the full build video below, then head over to Instructables for the step-by-step instructions and parts list.

It takes a bit of work to strip the guts out of the old Macintosh, though you can also find some empty Mac cases up on eBay if you want to get a headstart on the build. You could also buy a right-angle Lightning cable and USB switch (affiliate links) on Amazon if you want to save time on that part of the project.