The internet never stops turning. Case in point: this Device Orchestra cover of Smash Mouth’s 2001 hit “All Star”. I know, I know, it almost sounds too good to be true, but quite often the internet knows what you need to see and hear even before you do. I’m pretty sure Aristotle said that. Or was it Plato? It was definitely one of those old marble busts at the museum. 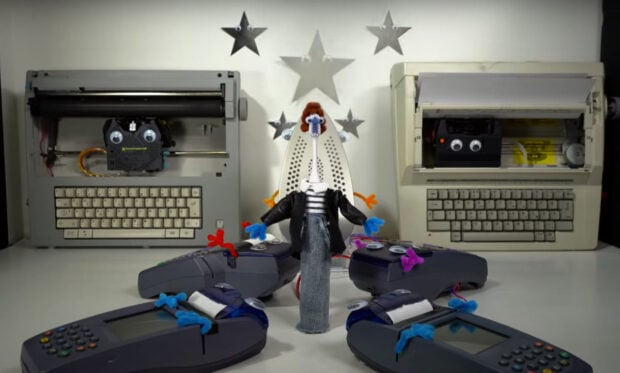 In this particular cover, an electric toothbrush performs lead vocals while four credit card machines cover the bass and chords. The movement of one typewriter’s cartridge mimics a kick drum, and another’s the snare. There’s also a steam iron that periodically dispenses steam, presumably to emulate a fog machine on stage. Free Bird!

So… how far did you make it before stopping the video? Be honest. Because I made it through the whole thing. TWICE. Will I ever be the same? *banging head on desk* Only time will tell, but early signs point to no.