Think a billion is a big number? Well by most comparisons it certainly is, but a googol (10¹⁰⁰) is so astronomically large that it contains 10⁹¹ number of billions. But did its ridiculously large size stop YouTuber Look Mum No Computer (aka Sam Battle) from building an electronic counter to try to count to it? It did not. Honestly, I can’t even wrap my head around the size of a number that large. Although to be fair my head isn’t very pliable, and my wife often argues it’s hard. 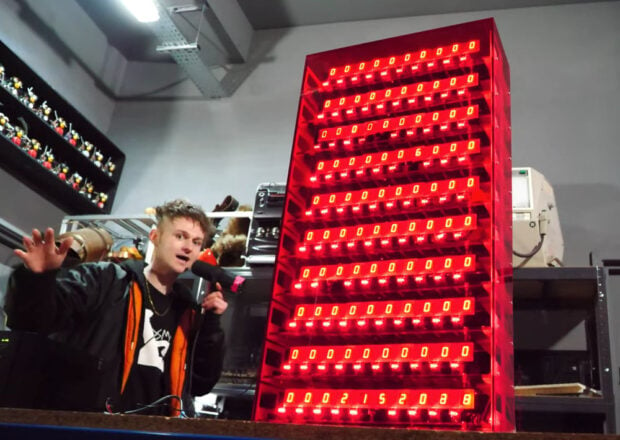 Sam tried to build the counter with “as much redundancy, durability, repairability, and upgradability as possible,” with the intention of keeping it running his entire life. Which, provided he lives a long healthy one, he estimates will end around when the 14th numeral from the bottom right has changed. For reference, the total number of grains of sand on earth is around the 22nd numeral, and Carl Sagan’s estimate for the total number of elementary particles in the universe is around the 80th. Oh cool, my brain just exploded. 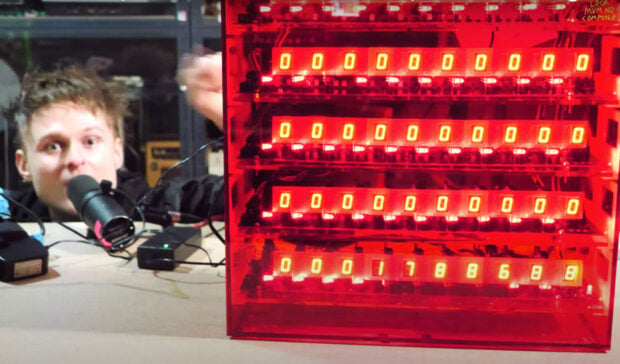 The farthest left digit on the third row from the bottom will tick over once every 100-million years or so, and Sam admits that by the time the counter would ever reach a googol our sun will have long exhausted its supply of energy, his machine forgotten. Eventually, it will be discovered by Jawas, who will salvage the machine for parts to repair stolen droids or sell at their next swamp meet. And that, at least for me, is a very comforting feeling.