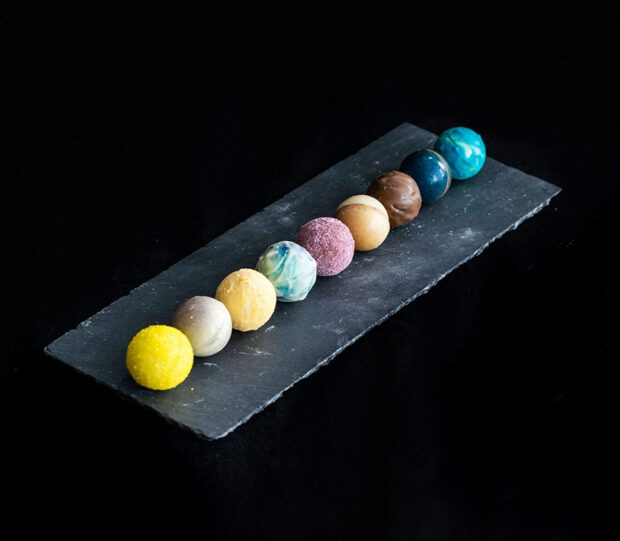 Crafted by Martin’s Chocolatier of the UK, this $20 Chocolate Planets gift set (affiliate link) includes nine different chocolate truffles, each representing a planet in our solar system, plus the Sun. Personally, I would have forgone the Sun and included Pluto instead, but they surprisingly didn’t ask my opinion before bringing the product to market. I’m as shocked and outraged as you are. Planetary lollipops more your cup of tea? No worries, those exist too.

Each planet is a different flavored truffle, including orange cream, chili/cherry ganache, peach cream, praline cream, caramel salt, praline, mocha cream, blueberry ganache, and toffee caramel. Obviously, I’m going to refrain from making jokes about the flavor of Uranus, because, as my wife often utters (while rolling her eyes) in front of friends after I’ve said something entirely inappropriate, “Oh grow up, will you?” 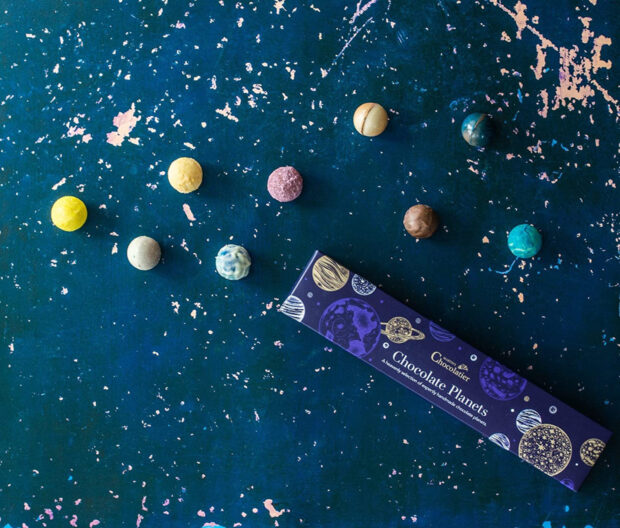 At nearly $2 per planet, I’d almost feel bad eating them. Almost. Then I’d eat them all in one sitting, barely pausing to notice the flavors because that’s just the sort of devourer of worlds that I am – one without any self-control. 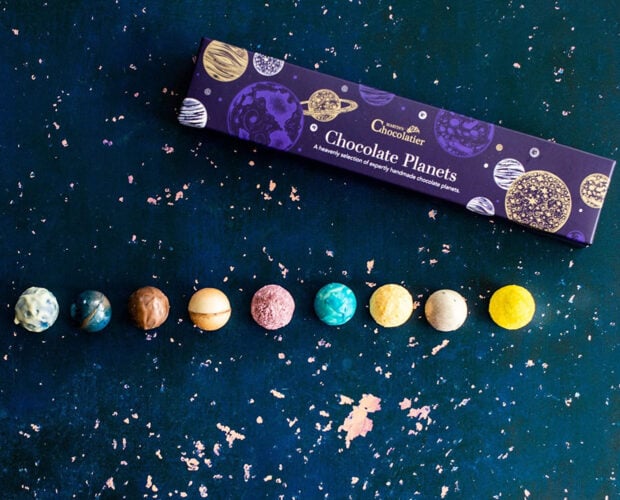 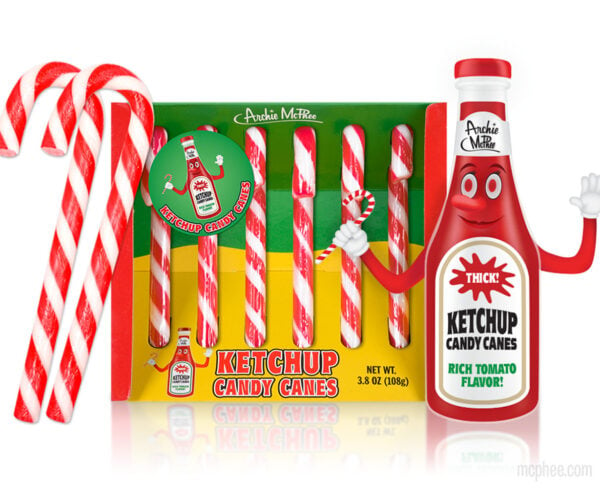