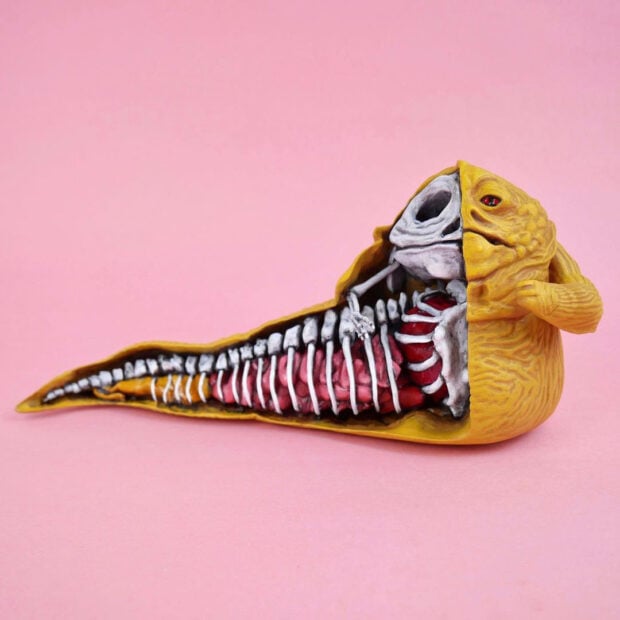 I never thought that someone would be a hardcore fan of Jabba the Hutt, but once again I’ve been reminded that there are all kinds of people in this world. Toy designer and maker Mighty Jabba not only has various collectibles of the Star Wars mob boss, but he also painstakingly designed, printed, and sculpted an anatomical figure of the menacing slug.

Mighty Jabba calls his creation The Visible Hutt, a nod to the similarly named American educational figures that were released in 1959. He also does acknowledge the influence of the legendary Jason Freeny and his line of anatomical figures. But Mighty Jabba deserves a lot of credit himself since he designed the skeleton and “vague internal organs” himself.

Mighty Jabba said he’s going to make a small batch of the figure to sell. Keep an eye on his Instagram page for announcements and more photos of the figure, including this a sweet retro box.