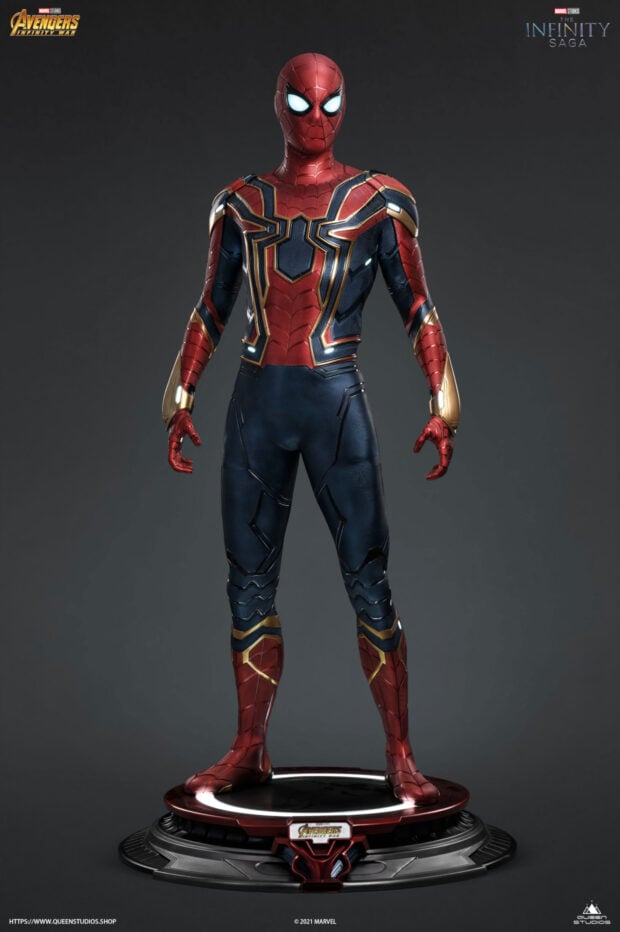 Do you know what your foyer has been missing? A superhero to greet you after a long day’s work. And what better superhero for the job than your friendly neighborhood Spider-Man? Thankfully, Queen Studios has you covered with this full-scale Spider-Man in Iron Spider suit statue. Just don’t go using him as a coat rack! 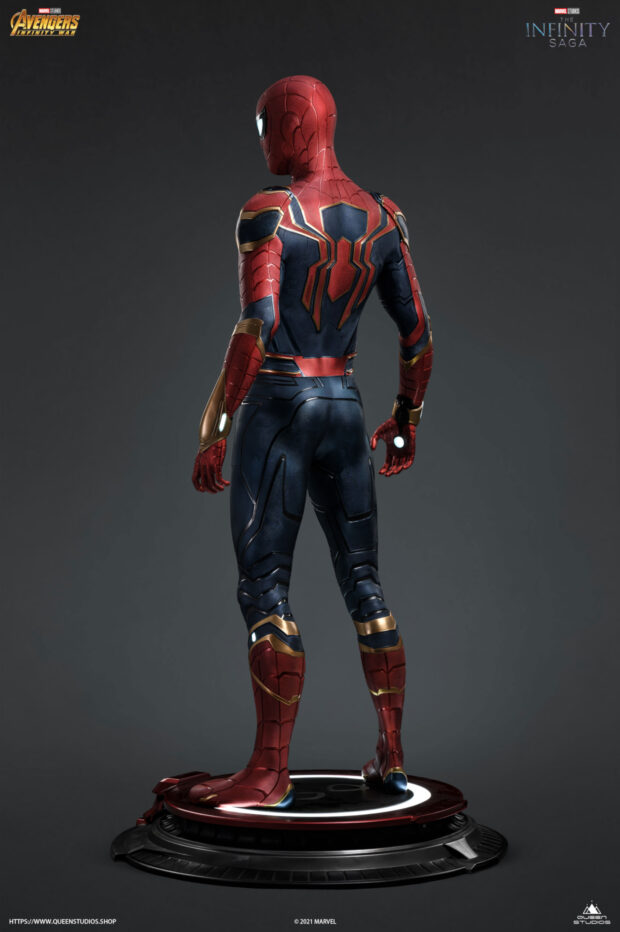 Constructed out of polystone, the full-scale Spidey is a limited edition of 299 and measures 192 cm (~6’4″) tall, including the lighted base. The statue is entirely hand-painted in metallic blue and red with gold trim, with internally lit accents in Spider-Man’s eyes, palms, and armor. However, he does not come with the Iron Spider suit’s mechanical legs though, so you’ll have to build and add those yourself. I’d suggest using cardboard and coat hangers. 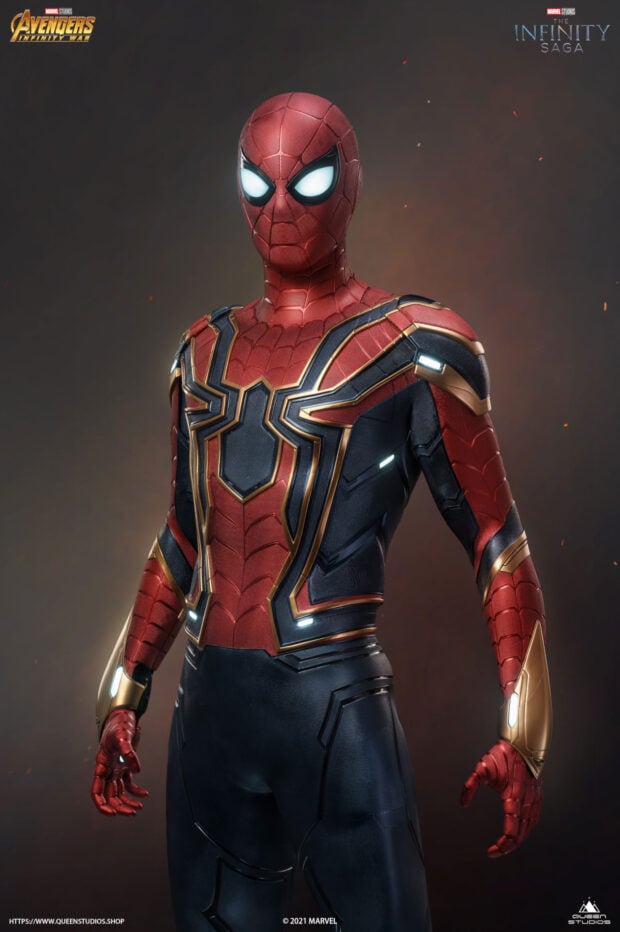 Unfortunately, for anyone interested in a full-scale Spider-Man but doesn’t have Tony Stark kind of money, the statue costs $7,060. That’s a little bit out of my life-size superhero statue budget right now. Honestly, based on the overdraft fee I just got a text alert about, I can’t even afford one of those cardboard cutouts they have on display at the movie theater. What do you say – want to help me pull the old ‘tall man in a trench coat’ trick to go see Spider-Man: No Way Home? 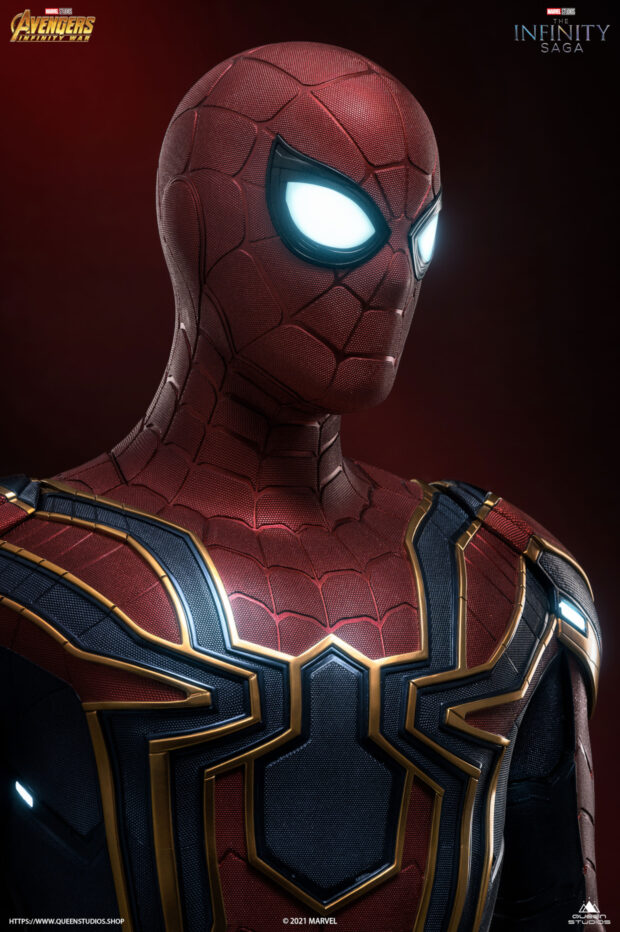