More on the Wii Channel Menu

Earlier today, we reported on the official launch announcement for the Nintendo Wii.

More details have emerged on Nintendo’s interface which will be broken up into “Channels.” Below are Nintendo’s descriptions of the channels: 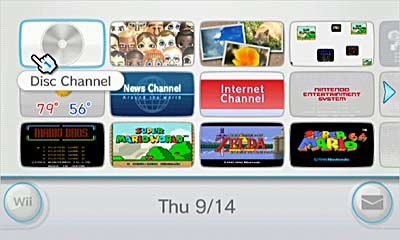 Disc Channel: This channel allows users to play either Wii game discs or the entire library of Nintendo GameCube discs.

Mii Channel: Fun caricatured portraits created in this channel can be used as characters across a variety of Wii software. Portraits can be stored in a user