While the photograph below might seem a little shady, there’s a rumor on the street that Microsoft announced a 100GB hard drive for the Xbox 360 during a presentation at their Korean X06 conference. 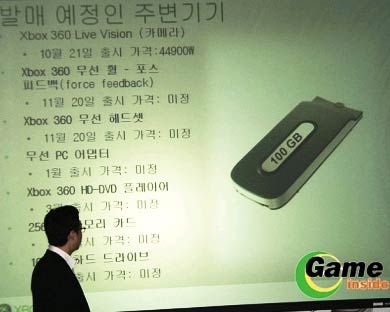 The additional storage will be a welcome addition for those of us who’ve exhausted the anemic 20GB drives in our 360’s already. Let’s hope that Microsoft also provides a solution for transferring data from your old drive to the new one. No pricing or release date has been announced yet, but I did find some mention of March 2007 in the postings.

[via Game inside via digg]