What Do Marcus Fenix and Bender have in Common?

It turns out that the gruff, gun-toting protagonist of hit Xbox 360 game, Gears of War is actually voiced by the same guy responsible for the voice of Bender from TV’s Futurama. 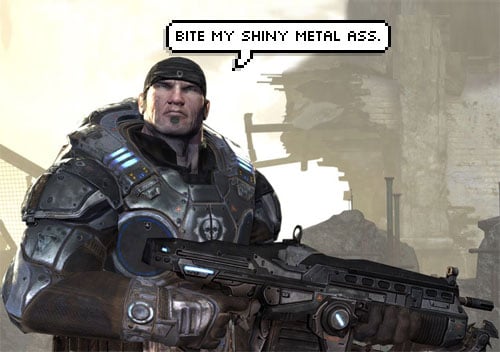 Actor John Di Maggio, is responsible for voicing the two incredibly different fictitious characters. About the only thing in common between the two are the propensity for four-letter words and their metal costumes.

I haven’t been this shocked by an actor’s range since I realized a single actor played the roles of Cameron Diaz’s mentally challenged brother in There’s Something About Mary, brutal killler Dan Dority on HBO’s Deadwood and famous rock singer, Meat Loaf. I guess that’s why they call it acting.