My favorite console mod-god, Ben Heck is at it again. This time, he’s helped Engadget take Nintendo’s Wii gaming console and turned it into a laptop. 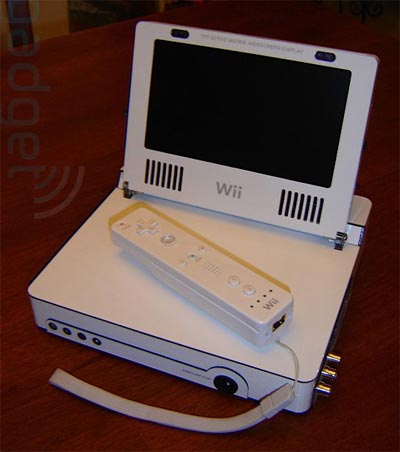 The portable features a 7-inch widescreen LCD monitor, and even has a built-in “sensor bar” replacement at the top of the screen. The console is a totally self-contained system with stereo speakers, A/V ports and a built-in power supply and storage bay for the cord. The whole thing measures just 8.5 x 7.7 x 2 inches. The guys over at Engadget are also going to be posting a “making of” series for the mod in the coming weeks, so if you’re handy and have a spare Wii lying around, you might want to give that a look.

[via Engadget (cool video after the jump)]