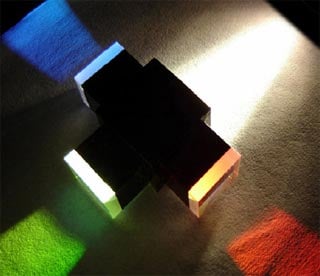 While LCD and DLP sets continue to move towards LEDs as their light source, high quality Liquid Crystal on Silicon LCOS (a.k.a. Sony’s SXRD and JVC’s HD-ILA) displays have so far been left out in the cold.

Now, a LCOS maker SpatiaLight has announced a partnership with Foreal Spectrum to release a series of LCOS light engines that use LEDs, instead of traditional high-intensity lamps as their light source.

LED technology provides numerous advantages over traditional sources, including longer life, zero warm-up time, reduced power consumption and a wider color gamut. In addition, since there’s less power needed and less heat, displays can get smaller and quieter. Just about the only negative when it comes to LED light sources is their brightness level. Current LED light sources only can achieve around 200 to 300 lumens. Comparable UHP light sources can reach 1000 lumens and higher these days. That said, LEDs keep getting brighter, so I’m not to worried about that early limitation.

I’ve been a big fan of LCOS technology since picking up my Sony SXRD set last year. These displays offer better contrast almost no visible picture structure when compared to DLP and LED projection TVs. Now, with LED lamp sources in the wings, there’s just one more reason to consider this technology.